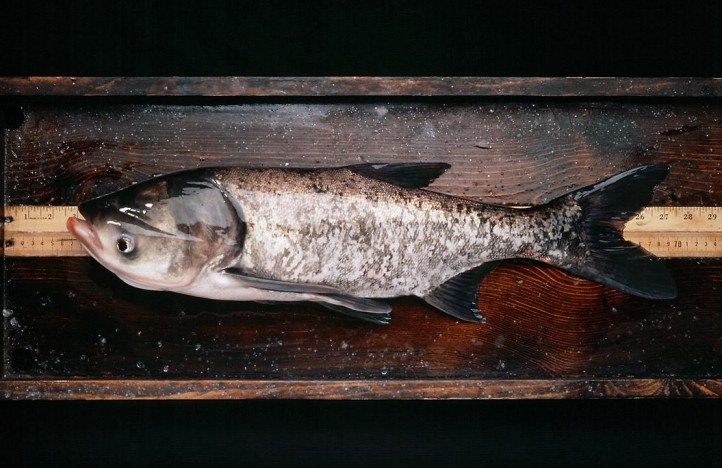 In March 2013, the River Alliance of Wisconsin hosted the first Wisconsin Asian Carp Summit in La Crosse. This was the first comprehensive meeting on the topic in Wisconsin attended by local, state and federal agencies, including Wisconsin DNR, USGS, USFWS, National Park Service and local citizens groups such as Friends of the Lower Wisconsin Riverway (FLOW), the Friends of the Black River and the St. Croix River Association.

Experts from the state and federal agencies presented on the current status of Asian carp in the Mississippi River and Wisconsin’s rivers; surveillance and control techniques in development; and laws and policies that help to prevent the illegal movement of live fish in the aquaculture, bait industry, live food trade and by anglers.

Asian carp are in the upper Mississippi River and several of Wisconsin’s rivers, such as the St. Croix and the Wisconsin River. This is not a new finding, nor is it unsuspected. Asian carp, those that did not take a right at the Illinois River towards the Great Lakes, have been swimming up the Mississippi River towards Wisconsin since they escaped fish farms in the 1970s and 80s. They are also popping up around the country in the occasional stocked pond or live at fish markets.

While it is arguably too late to prevent these fish from arriving in Wisconsin, it certainly is not too late to contain these fish to the lower reaches of these rivers and other infested waters, limit the impact through bolstering the rivers’ resiliency, and prepare to implement the cutting edge control efforts being developed by the United States Geological Survey.