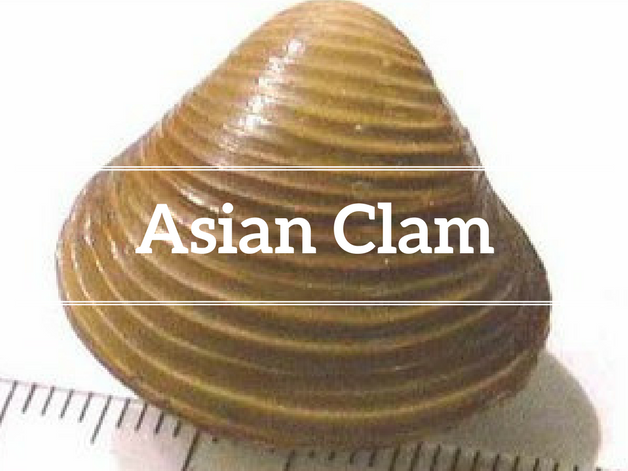 Asian clams are small light-colored clams with shells ornamented by distinct, concentric rings. They may be confused with native fingernail clams which are very fragile and easily smashed between your forefinger and thumb. Asian clams are much more robust and difficult to break.

The main vector for the spread of Asian clam is human movement and activities. It is believed that they first were brought to North America for food, and have since been introduced to new areas through bait bucket releases,ballast water transport, aquarium/water garden releases,as hitch-hikers with imported aquaculture species, and intentional introductions for food