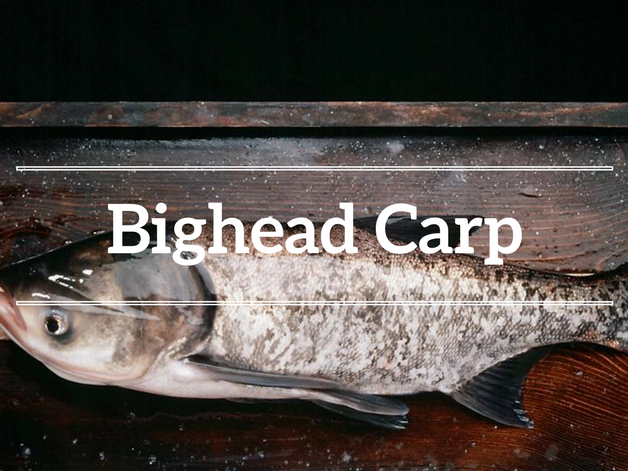 Bighead carp are one of four Asian carp species of concern to the Lower Wisconsin River and other tributaries to the Mississippi River. They are fast growing and become very large, weighing over 100 pounds and measuring up to five feet long.

The bighead carp was first imported into the United States in the early 1970s. Soon after, it escaped confinement during flood events and is now well established with reproducing populations in much of the Mississippi River Basin. Dispersal of bighead (and silver) carp appears to be occurring naturally, especially during high flow events which enable them to swim around or through barriers in the Mississippi River and Great Lakes region. People also spread carp, intentionally and unintentionally, for bait, aquaculture, and sport.

In numbers, the bighead carp has the potential to cause enormous damage to native species because it feeds on plankton required by fish, such as gizzard shad and bigmouth buffalo, and native mussels.Bighead carp, to a lesser extent than silver carp, has the potential to thrash around the surface when spawning, and on rare occasions leap in response to boats.