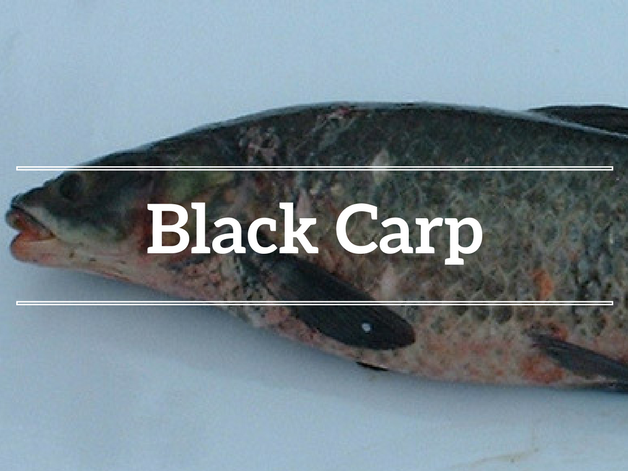 The black carp is one of four Asian carp that pose a threat to the Lower Wisconsin River basin. It closely resembles the grass carp. The two species are similar in overall body shape, size and placement of fins, and both have very large scales. In contrast to grass carp, the black carp is slightly darker in coloration (not black). Black carp also have a somewhat pointed snout.

Black carp were first brought into the United States in the early 1970s as a “contaminant” in grass carp stocks imported to Arkansas. The first known record of an introduction of black carp into open waters occurred in Missouri in 1994, when thirty or more black carp along with several-thousand bighead carp reportedly escaped into the Osage River, Missouri River, and Mississippi River drainage.

Black carp can grow as long as five feet and weigh up to 150 pounds. They eat mussels and snails. The Mississippi River and the Lower Wisconsin River are home to many endangered mussel populations that would be threatened if the black carp became established.