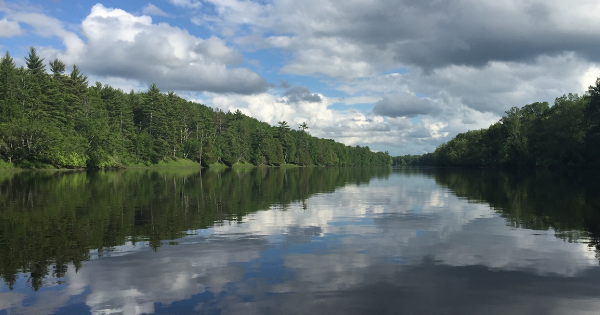 Many groups and individuals continue to oppose the Back 40 Mine proposal. There are a number of ways you can get involved to protect the Menominee River from dangerous mining pollution. The next most timely action is to attend the June 25th hearing. After the public hearing on June 25, written public comments will be accepted.

Michigan regulators will hold a public hearing on three proposed permits for Aquila Resources’ Back Forty mine. The three permits that will be available for comment at the hearing are: a dam safety permit, an air quality permit, and an amendment to the mining permit that was granted to Aquila in December of 2016.

Dr. Al Gedicks has prepared the following talking points. We invite you to use these as you prepare your testimony for the public hearing. Please share with others, too.

ONE: The Back Forty Mine site will be located within a landscape that features significant ancient Menominee Tribal cultural resources, including tribal burial grounds, historic agricultural sites and ceremonial sites. Mining operations will destroy these irreplaceable resources and irreversibly harm the Menominee River and nearby wetlands. While responsibility for issuing federal surface and water discharge permits and wetlands permits has been delegated to the state of Michigan, the federal trust responsibility owed to the tribes has not.

Aquila has ignored Menominee treaty rights and is in violation of the United Nations Declaration on the Rights of Indigenous Peoples that requires all extractive resource projects that affect indigenous peoples to obtain the free, prior and informed consent of indigenous peoples. Furthermore, the International Union for the Conservation of Nature has affirmed that the sacred natural sites of indigenous peoples should be “No-Go-Areas” for destructive industrial activities like mining and for corporations to permanently withdraw from such areas.

TWO: Aquila has chosen the upstream design to store its mine tailings. The upstream design is the lowest cost option but the most prone to failure, according to experts. About 76%of tailings dam failures worldwide are related to upstream construction methods. The recent tailings dam failure that occurred in Brumadinho Brazil in January 2019 released almost 3 billion gallons of sludgy mine waste and killed about 270 people. Brazil has since banned upstream mining dams and ordered that Brazil’s 88 upstream dams be taken down or converted into other types of dams.

The international mining industry has called for a fundamental change in the industry’s approach to safe tailings management. Insurance companies like American International Group (AIG) are withdrawing from the vast majority of its mining liability business in response to the Brazilian disaster. Why is the Michigan Department of Environment, Great Lakes and Energy considering a dam safety permit for a tailings dam that is designed to fail?

THREE: Upstream tailings dam embankments are not suited to areas of seismic activity. Liquefaction, or the sudden loss of strength when tailings sands are loaded and cannot drain, can be triggered by seismic events, such as an earthquake. When liquefaction occurs, “a solid material seemingly resting safely in place can abruptly become a murky liquid, flowing downhill and destroying nearly everything in its path,”as happened in the January 25 tailings dam disaster in Brazil, Chile, Peru and other earthquake-prone countries ban the design because even small seismic activity has been shown to affect tailings dams.

According to Dr. David Chambers, an internationally-recognized expert on tailings dam failures, Aquila’s seismic risk analysis did not do either a probabilistic or determinist analysis to determine the largest ground motion that the tailings dam structure could experience. The International Commission on Large Dams recommends that tailings dams be designed to withstand the Maximum Credible Earthquake or the 1 in 10,000 year event. By using the 1 in 2,475-year seismic event instead of the 1 in 10,000-year event, Aquila significantly underestimates the size of the seismic event the tailings dam could experience. The use of the 1 in 2,475-year seismic event for the design basis event, and the lack of probabilistic seismic analysis, are viewed as unacceptable for tailings impoundment design in most regulatory jurisdictions.

FOUR: Aquila fails to disclose what the life of the liners in the tailings and waste rock management facility is expected to be and what will happen in the likely result of the failure of the liners. Tailings impoundments have been using plastic liners for only 35 years, and the leakage or seepage of lined tailings impoundment facilities is already a known problem. Leaking tailings liners are “commonly underestimated” according to the EPA, resulting in leachate seepage and the transport of contaminants into groundwater.

The liners to be used in the Back Forty tailings management facility (TMF) have “no lifetime guarantee” according to an industrial liner manufacturer. Plastic liners will also be adversely affected by acidic chemistry of the TMF. Liners have a finite life, and will fail following the closure of the TMF, when the resources available to remediate the failure will be limited.

FIVE: Mining companies routinely produce dam breach analyses as part of their environmental impact assessments for new projects or tailings management facility(TMF) expansions. Yet the word “breach” in relation to the TMF facility is never mentioned in the Mine Permit Application Amendment (MPAA).

Failure of the TMF would obviously have major, permanent impacts on the land surrounding the mine site, and on the Menominee River. Toxic tailings sludge would be discharged downriver, poisoning the water and destroying the aquatic habitat from the mine site all the way into Lake Michigan. The downstream communities of Menominee, Michigan and Marinette, Wisconsin would be severely impacted. Yet Aquila has failed to complete an analysis of what the environmental, social and economic impacts of a partial breach or total collapse of the TMF would be. Why has such an analysis not been required as a condition of the dam safety permit?

We welcome your comments or questions on this topic. Please contact Allison Werner, Policy and Advocacy Director by email at [email protected] or by phone at 608-257-2424 x113.