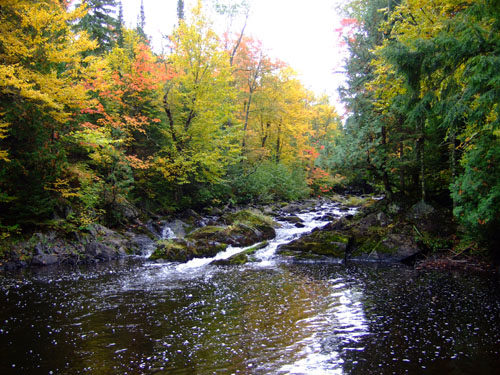 One of our featured water activists of our #wish4waterWI campaign, Aurora Conley, mused, “I just wish for my children, and eventually their children, to have a safe and healthy community.” Aurora is a member of the Bad River Tribe of Lake Superior Chippewa. The threat to the Tribe’s water and health from a proposed taconite mine in the headwaters of the Bad River, which flows through their reservation on its way to Lake Superior, has consumed their community in recent years.

One recent significant action the Bad River Tribe took was to meet with U.S. Environmental Protection Agency (EPA) to ask the agency to invoke its authority under the Clean Water Act to engage in this issue before a permit application is submitted. This authority, called 404(c), authorizes the EPA to “restrict, prohibit, deny, or withdraw the use of an area for the disposal of dredged or fill material, including mining wastes, when it is determined that discharge will have unacceptable adverse effects on fisheries, wildlife, shellfish beds, municipal water supplies, or recreational areas.”

EPA can take this action before a mining application is submitted. It has used this authority only 13 times in the past and they have started the process for their 14th case in Alaska.

EPA has also been asked by the tribes and more than 60 organizations from Michigan, Minnesota and Wisconsin, including the River Alliance, to conduct a Cumulative Effects Assessment (CEA) of mining activities for the Lake Superior Basin.There are many current and proposed mining projects in the Lake Superior Basin; this comprehensive assessment would research the cumulative effects of mining on the air, water and ecology of the entire basin.

While many communities will be impacted if this mine is built, the entire way of life of the Bad River Tribe of Lake Superior Chippewa will be threatened. The Bad River Tribe has launched a letter writing campaign to EPA to request their action on 404(c). If you would like to support this effort, you can learn more and find a draft letter at www.protectpenokeehills.org.