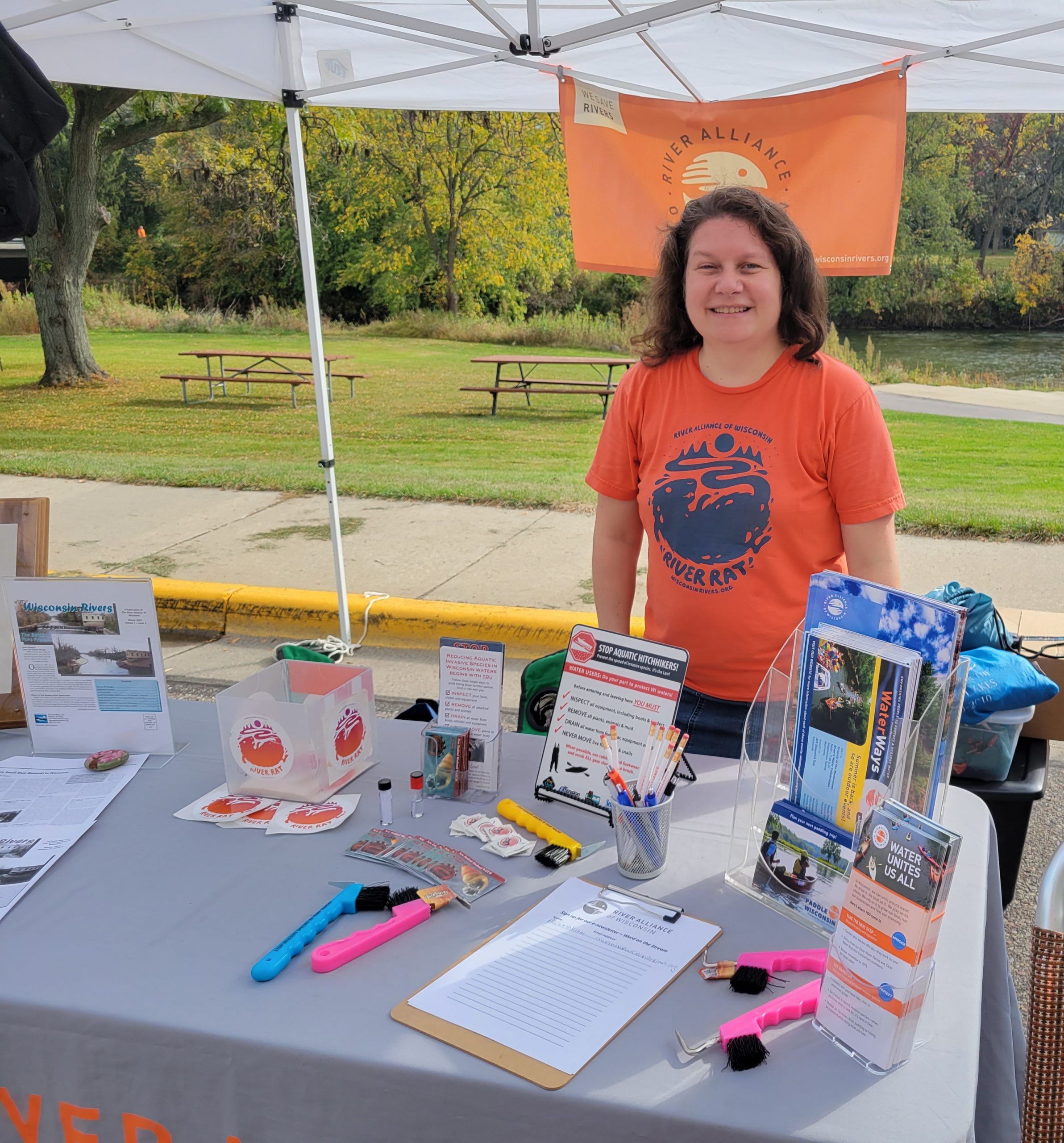 On October 2 we joined the Baraboo River community in celebrating the 20 year anniversary of the removal of the last dam on the Baraboo. There was so much pride and joy in the crowd that day. Paddlers enjoyed the free-flowing river, kids learned to fish, and young sturgeon were released into their new home. We are proud to be one of the many partners that allowed the Baraboo River to have the freedom to flow again.

This is an example of how collaboration and persistence payoff.

It took many partners decades to convince the community, raise the money and plan for the removal of these dams. Removing dams, including these, is not without controversy. Past mayors and community leaders saw the long-term benefits dam removal would bring to the community. The results speak for themselves. Removing dams and allowing the river to flow freely, restores the ecological health of a river. Dam removal can also bring economic benefits. The Baraboo has always been an important part of the great Sauk County community, but now more people have access to and a new appreciation of the river.

Friends of the Baraboo River summarized this history of the river this way:

“Winding over 100 miles through Wisconsin’s driftless region, the Baraboo River has nurtured mankind for thousands of years. It takes its current name from the surname of a French-Canadian fur trader who set up a trading post at the mouth of the river over 250 years ago. As many as 1,000 years before that the native people of the area constructed burial mounds along the banks of the river which were still there when white settlement started in the 1830s. The river was eventually harnessed with eleven dams and provided water power for a variety of industries that fueled the growth of ten communities along its path. Today all the dams are gone and the river has once again returned to a free-flowing state. Taking on a new role as a recreational corridor, the river and its story continue as sure as its eastward flow.”

The recreational corridor includes a riverwalk and new boat landings that connect people to the water. The Sauk County Historical Society and the City of Baraboo partnered to create the Baraboo Riverwalk History Tour. When people stroll or bike along the riverwalk, they can learn about the history of the Baraboo from several kiosks with QR codes to listen to the history of the waterway. You will recognize the voice on the recordings as our friend and former River Alliance board member, Lindsay Wood Davis.

You will have another opportunity to learn about the history of the Baraboo at the Conserve Sauk Film Festival on November 6th. The film, “Running Free: The Baraboo River Restoration Story” will premiere at this event. This event is free, but registration is required.

The celebration of the free-flowing Baraboo River included children who were inspired by paddling the river, learning about the local fish, and just enjoying seeing a healthy river in their community. I had the pleasure to meet 8-year old Lucas who excitedly told me about his experience swimming in a river in the U.P. and was sure his dog Bailey could learn to sniff out invasive mud snails like the Conservation Dogs I told him about. At the event, Lucas found a dollar on the ground and chose to give it to the River Alliance to help us protect rivers and all the waters connected to them. Inspiring the next generation to care about our rivers is what our work is all about.

Lucas gives me hope for our future.