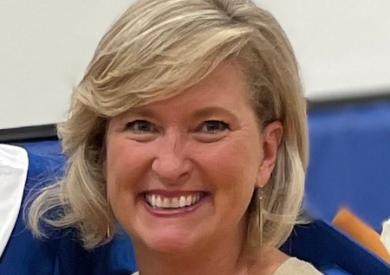 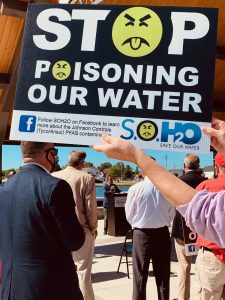 When Cindy Boyle’s family learned about PFAS hot spots in neighboring Marinette in 2017, she and concerned neighbors organized a grassroots group called SOH2O, or Save Our Water, to urge the Peshtigo town board to help those with contaminated private drinking water wells.

“We have had to fight hard for such a fundamental thing,” she explains. “It’s a kind of psychological terrorism when you can’t drink your water, for just the freedom, assurance, and peace of mind to enjoy a cup of tea free of worry.”

When the town board failed to recognize how urgent the problem was, Cindy and other residents ran for public office on the issue of clean water and won. Since then, the Peshtigo board has made progress by researching the scope of the problem and assessing the costs of engineering solutions.

Cindy knows this work takes pragmatism and tenacity. Even if our government doesn’t work well, it is designed to work. But it requires people to be engaged and hold leaders accountable. It’s also clear to her that even as federal health standards evolve, and our state’s standards are slow to catch up, everything starts with knowing what’s in the water. 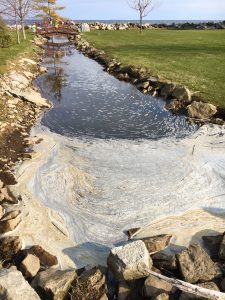 Cindy has given testimony at statewide hearings for PFAS standards, advised on the development of the CLEAR Act, and served on a state advisory committee on PFAS. She is connected with a larger movement that includes other local government leaders, statewide environmental groups like River Alliance of Wisconsin, and Great Lakes regional and national efforts to figure out emerging strategies for dealing with PFAS.

One strategy she and her neighbors are using is filing a petition with the U.S. Environmental Protection Agency under the Superfund Law.

“Even if we aren’t ‘successful’ with the citizens’ petition, it isn’t the end of the world,” she said. “If in twelve months, the EPA responds with an analysis, the process might put us in the front of the line for a desk review or earlier action and possibly an intervention based on the sensitivity of the area, our population, and the degree of contamination. The EPA could force a responsible party to remediate or mitigate risk.”

Cindy had a thyroidectomy when she was in her 30s. Her sister had thyroid disease. Her mother had kidney cancer in her 30s. And while Cindy believes her family’s health is deeply connected to their environment, she didn’t think of herself as an environmentalist when water pollution issues pushed her to become an advocate for her community’s health.

“You can’t drink poison; we have no other choice,” she said. “If people think there is a white knight coming to save them, they are wrong. I don’t believe that is a defeatist statement. You are your own white knight. You have to fight your own fight. By virtue of fighting your own fight, you will positively impact others. That’s the exponential good that can come out of your efforts.”