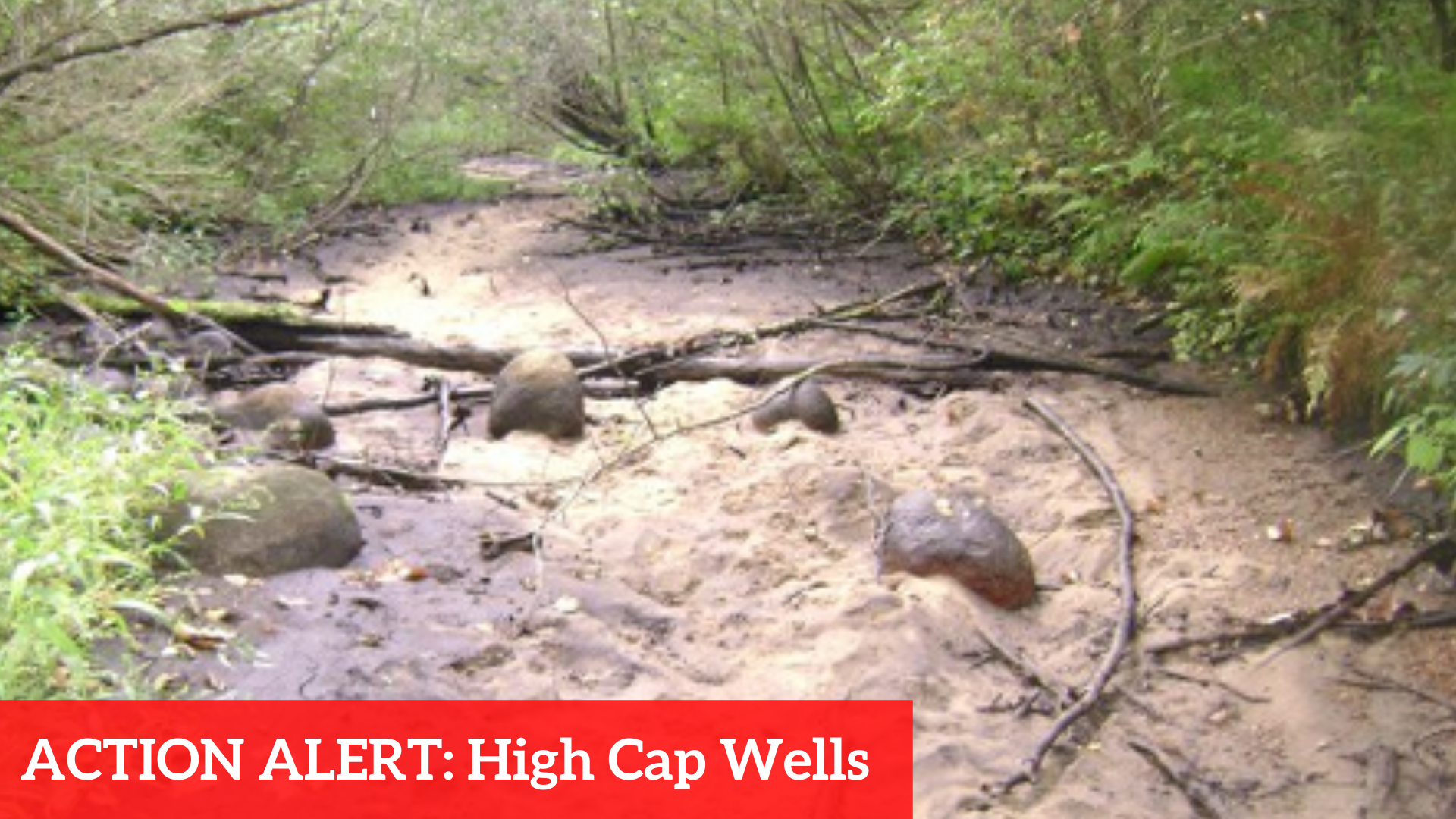 Our friends at the Central Sands Water Action Coalition (CSWAC) continue to keep a close eye on high capacity well procedures that impact their waters.
In the last few months, the Wisconsin Attorney General and Department of Natural Resources have taken steps to return to a science-based review process for high capacity wells. This guest blog from CSWAC provides background and updates.

DNR announced on June 2 that the agency will once again review new high capacity well applications for significant impacts to lakes and streams. High capacity wells generally are those capable of pumping 100,000 gallons of water per day. They have the ability to significantly lower water levels in lakes and wetlands as well as the flows of streams. High capacity wells chiefly used for irrigation decimated dozens of central sands lakes and streams particularly during 2003-2013, when precipitation amounts were fairly typical. Recent record amounts of precipitation have temporarily reversed some of the pumping damages.
DNR’s announcement follows a letter from Attorney General Josh Kaul that withdrew former Attorney General Brad Schimel’s 2016 opinion that caused DNR to stop significant impact reviews. Schimel’s opinion, issued at the behest of Assembly Leader Robin Vos, caused DNR to back away from the Wisconsin Supreme Court’s 2011 Beulah decision, which states in part that DNR has:

DNR’s reviews for new high capacity well applications will consider both individual impacts of the proposed wells and the cumulative impacts of all other wells. However, DNR will only be reinstating reviews as they affect navigable waters, usually lakes and streams, according to DNR’s Adam Freihoefer. Wetlands and private wells will be excluded from review, a backsliding from the 2011-2016 period predating the Schimel opinion.

DNR’s change in direction does not affect existing high capacity wells that are significantly impacting lakes and streams. This is an area that requires legislation to undo damages from uncontrolled groundwater pumping—a move being resisted by leadership in the assembly and senate and by previous Governor Walker.

Wisconsin Manufacturers and Commerce, our state’s “largest and most influential business association” has come out vocally against DNR reinstating high capacity well reviews for excessive impacts.

The organization seems to be pretending that groundwater pumping is disconnected from the fate of lakes and streams, despite all the studies that have been done over decades. Executive Vice President Scott Manley implies that concerned citizens don’t care about lakes and streams; in the Milwaukee Journal Sentinel he is quoted as saying, “This is not about a farmer having a well to provide drinking water to cows or to grow potatoes. It’s about preventing businesses they don’t like from having permits.”

More on WMC’s take on high capacity wells can be found here.

WMC was a strong proponent of 2017 legislation that gave growers and other high capacity well owners “forever permits.” Some are surprised that WMC is taking such interest in an issue that is largely agricultural. Agriculture is a big player in WMC: mega-grower Louis Wysocki of Saratoga and Armenia fame sits on their board.

Action You Can Take

If you have questions, please contact Allison Werner [email protected].

← ACTION ALERT: Climate Change Task Force What Do iPhones and Cheese Curds Have in Common? →