About a score of Davids, defenders of groundwater, gathered on Sunday, February 22 in Wautoma to plan their strategy against the Goliath of Big Ag and a state government – administration and legislature – that is hostile to conservation.

They were upbeat and optimistic but mindful of their uphill battle. Big dairy interests, the potato and vegetable industry, and that Goliath of Goliaths, Wisconsin Manufacturers and Commerce, with compliant lawmakers at their beck and call, want unfettered and unregulated access to groundwater, mindless of the fact that excessive pumping is drying up lakes and streams in the Central Sands region.

The Davids are retired teachers and active teachers, small business owners and insurance agents, people who toiled in offices and on shop floors in their work lives and came to their lakeshore properties to retire in tranquility. But they are seeing their investments slip away before their eyes. So much for that tranquility. They have joined the battle; democracy has beckoned.

Stripped away of the lofty notions of high school civics, the democratic process in modern-day America is one of ordinary and aggrieved citizens pushing against government’s inability or unwillingness manage the excesses of those at the levers of capital. Yes, it has been ever thus.

The good people gathered on this cold February day in Marquette County are undaunted by the dodging, dissembling and insulting rejoinders they get from their legislators whom these citizens realize know far less about groundwater than they do. They came to realize this day that the “education” of their elected representatives may not include facts at all, but something cruder and simpler: short messages repeated over and over that tell their representatives that they see a system stacked against them, and those elected officials should act for the common good.

And in that there is hope. What, they ask, we CAN influence the legislative process with a few well orchestrated calls, visits and emails? Even though the Goliaths are in the faces of legislators every day, and in their campaign bank accounts with quid-pro-quo cash?

They realize it is all they have – and in a democracy, it should be enough. The coming weeks will tell if it really is, as groundwater legislation wends its way through the Capitol. 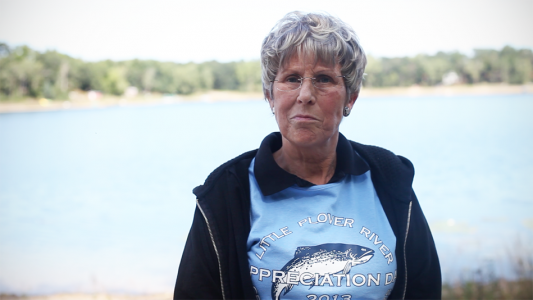 Note: Barb Gifford is one of our close friends and local water advocates in the area. Click here or on her picture at right to see what she had to say about groundwater as part of our #Wish4WaterWI campiagn last fall.