With DNR Changes, Does “Open for Business” Mean “Closed to the Public?” 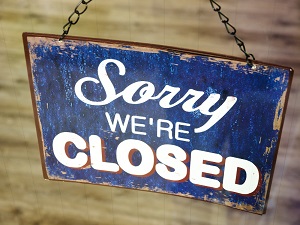 Last week, the Department of Natural Resources announced it was undergoing a major reorganization. This alone isn’t news; they have shaken down the structure of the agency fairly frequently with the most recent major re-org happening in 2011. This looks, feels and IS different. And there are several good reasons why we all should be nervous about what happened.

1. The change breaks apart the water division in a seemingly arbitrary way.

Air, waste and most water pollution regulatory programs with federal oversight were merged into a single “environmental management” division. But regulation of zoning near shorelines, dam safety, wetlands protection and polluted runoff from farms were all placed into the division of “business support and external services” and away from the offices that are charged with protecting drinking and groundwater and controlling industrial discharges. DNR states this is because these are areas where there is “significant initial contact between the DNR and business.” This makes little sense given that any permit for water use and water discharge – high-capacity wells, pollution discharge permits, stormwater – all require that permittees work closely with the agency.

2. These major changes to water regulation at the state level comes on the heels of clear messages from our lawmakers that neither federal oversight, nor local control or water and air quality, are acceptable.

The DNR re-organization announcement came only a day after our Governor announced that, as president, he would all but eliminate the EPA’s role in regulating water and air quality. Combine this with recent legislative actions that have kneecapped local control – look no farther than the recent budget signed last month, where lawmakers removed the right for counties to set their own protective shoreland ordinances and took away most of Dane County’s oversight of its own water quality planning.

3. The drumbeat of “efficiency” for business interests over protecting the resource is becoming deafening.

Just take a look at DNR’s memo for the re-organization. It is eerie to see not a single mention of natural resources in the mission and vision, but lots of focus on efficiency of and for business. What is the Department of Natural Resources with no mention of said natural resources? Since 2011, lawmakers and the governor have been very vocal about bringing a “Chamber of Commerce” mentality to DNR. Very few new regulations have been passed (though many have been weakened); environmental review is about to be limited on many actions requiring permits; enforcement of existing laws and regulations has plummeted, all while the agency has welcomed business with open arms; and other stakeholders who want access to DNR staff are getting stiff-armed if leadership doesn’t see eye to eye with them.

4. DNR refuses to talk to the media about the changes.

When changes this far-reaching are made, DNR leadership should be tripping over itself to make the case to the public why this is good for the health of our air, land and water. Yet they flatly refuse to answer any media inquiries or allow anyone in the agency to talk about this publicly. The signs point to one uncomfortable trend: more power over our clean water into fewer hands and less accountability to customers who are not big industry and big ag. This is one to watch vigilantly to ensure that “Open for Business” doesn’t lead to “Closed to the Public.”