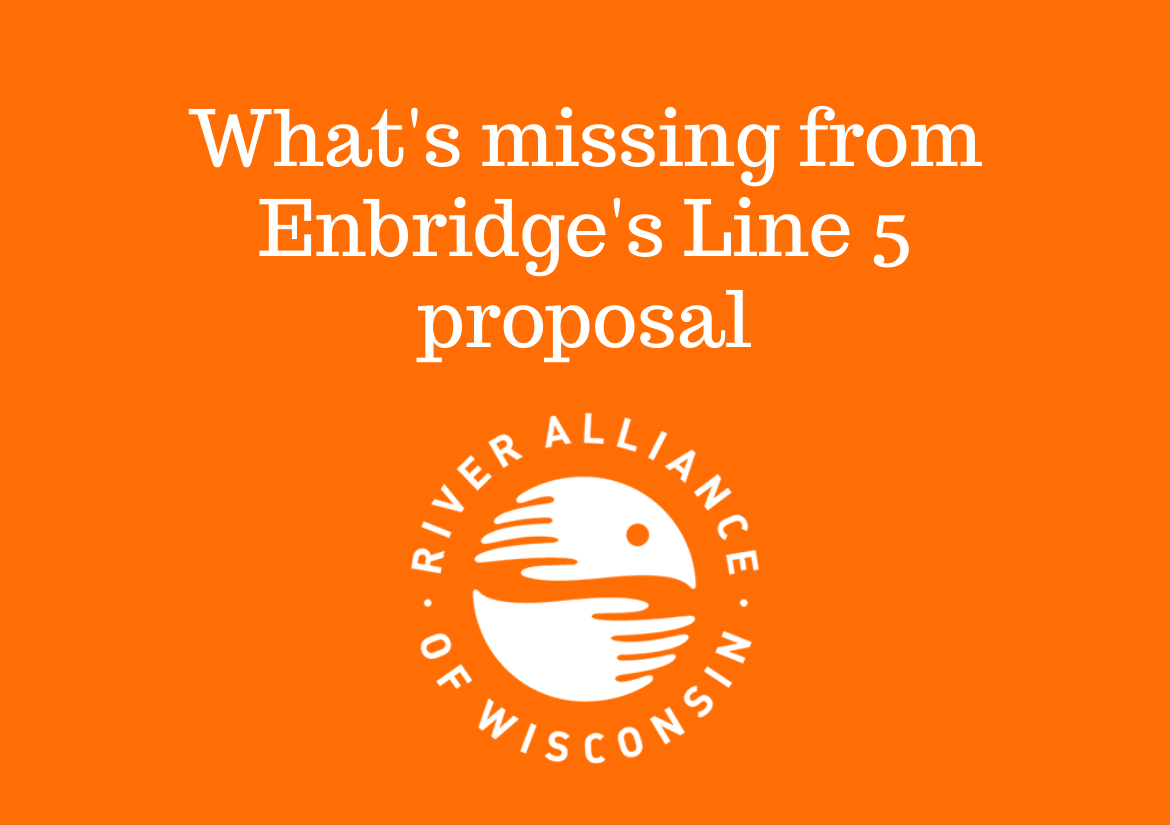 Last week the Wisconsin Department of Natural Resources concluded its open comment period on a draft environmental impact statement on a proposed reroute of an oil pipeline that would run through northern Wisconsin and the Bad River Reservation.

River Alliance of Wisconsin began talking about this pipeline proposal in 2020 when we participated in an early DNR public comment process on Enbridge’s application for a waterway and wetland permit, as well as finalizing the scope of the Environmental Impact Statement for the overall project. In response to the draft EIS, we submitted our comments to the agency on April 13.

In our comments, we outlined some of what we felt were critically important points of context for this process.

First, we reminded the agency that Ashland County supervisors passed two resolutions in opposition to the Line 5 reroute before the EIS was even started. They voted 16 – 4 to oppose the water permit and 19 – 1 to oppose granting Enbridge eminent domain authority back in 2020.

We also said that a similar Enbridge pipeline project in Minnesota to replace sections of Line 3 resulted in multiple “frac-out” events potentially resulting in thousands of gallons of toxic chemicals released into water crossings at multiple horizontal directional drilling locations. A Minnesota lawmaker is working to get more information from Enbridge to learn the extent of the damage it caused.

Enbridge also violated its permits after making at least three breeches of the aquifer while replacing sections of Line 3 in Minnesota. It took a year for the company to stop the flow of water.

In light of the fact that the draft EIS being considered by the Wisconsin DNR contains 186 individual stream crossings all within the Bad River watershed, these breeches are relevant for any proposed Enbridge project here in our state.

The comments we shared with the DNR on the draft EIS and the proposed pipeline reroute included:

With our comments and the many hundreds of comments of opposition from Wisconsinites, clean water advocacy organizations and Tribal leaders, we hope the DNR will deny the approval of the draft EIS statement and send Enbridge back to the planning table.