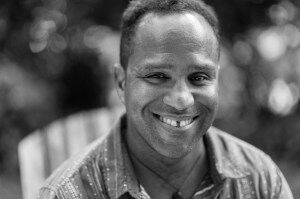 When we go through the process of viewing and selecting films for our annual Wild & Scenic Film Festival, coming up March 16 at the Barrymore Theatre, inevitably there are issues that grab our attention and local connections that click. Such as was the case when we first viewed Diversity and Inclusion in Our Wild Places.

The film follows what could be called a campfire chat – albeit one that gathers an incredibly diverse and talented pool of people at a most majestic place – to discuss the role people of color play in the past, present and future of our natural places, and particularly in the National Park System. Among this group gathered at Yosemite National Park we find Madison-based author and journalist James Edward Mills, who has built a career and reputation around the topic of diversity in our natural world. Along with many other credentials, Mills is founder of The Joy Trip Project and author of The Adventure Gap: Changing the Face of the Outdoors.

“Over the years, I’ve become friends with a professional cohort of like-minded people working on this issue, and we get together periodically,” says Mills. “I knew my filmmaker friend Jason Fitzpatrick was going to be there at Yosemite filming bits and pieces of this gathering, but – and I mean this in no way as a slight to Jason – I wasn’t prepared for how fully articulated and important this film would become.”

Other than participating in the group discussions, Mills had the opportunity to highlight for the film a topic near and dear to his heart: the “Buffalo Soldiers,” a group of African-American Army Rangers who played a key role in protecting and establishing access to Yosemite and Sequoia National Parks in the late 1800s and early 1900s. In fact, there is a whole chapter of The Adventure Gap dedicated to the Buffalo Soldiers.

Yosemite, too, holds a special place for Mills, a California native who came to Madison after college at the University of California-Berkeley to take a job as a Midwest sales rep for the North Face (which, of course, bases its logo on Yosemite’s famous Half Dome).

“I was used to the progressive values and academic discourse that Madison and Berkeley have in common,” says Mills. “And the more I explored and became aware I was living in the place John Muir, Aldo Leopold and Gaylord Nelson called home, the more at home I felt.” 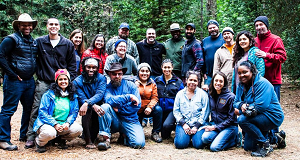 This year, Mills’ Yosemite experience came full circle. In celebration of the National Park Service’s 100th anniversary and in recognition for his work reporting on the earliest days of Yosemite, he has been named a Yosemite Centennial Ambassador. You can read more on Mills’ Joy Trip Project website about both the ambassadorship and his experience participating in the Muir Campfire Discussion on Diversity and Relevancy, the gathering that became the film Diversity and Inclusion in our Wild Places.