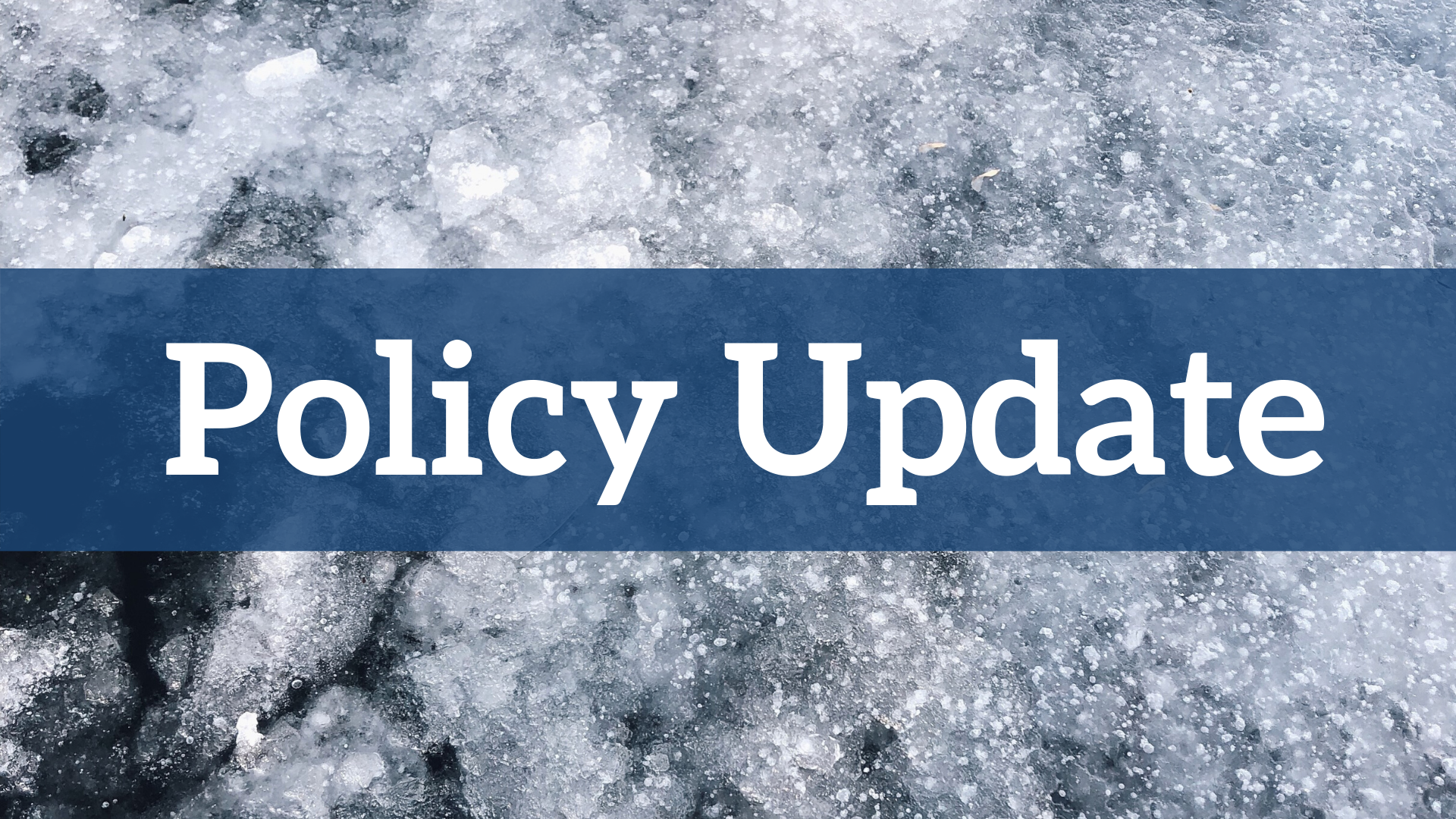 Thanks again to everyone who has contacted their elected officials about water quality legislation. The State Assembly has finished their work for 2020. The Senate will hold their last floor session at the end of March.

At this time, it is unclear which of the 13 Water Quality Task Force (WQTF) bills the Senate will choose to vote on. Our position is still the same, there are three bills that should not move forward and five bills that should move on to the Governor’s desk. See the links below to our past blog posts for the details of those bills. We will send and post an Action Alert for you to use to contact the Senate in March.

If you are eager to contact your Senator now, here is the short version of the WQTF bills to support and oppose.

The following bills provide the most positive steps forward for improving water quality:

The following bills are steps backward and are not priorities for addressing Wisconsin’s urgent water quality problems.

What happened in the Assembly last week?

You may have seen news stories about the final days of the State Assembly’s work in the Capitol. A lot happened in these two days. Here’s a brief review.

All 13 WQTF bills passed the Assembly. Of these bills, 10 were unanimous and three were party line votes. Those three bills were the ones we asked legislators to oppose.

The Assembly amended the bill that prohibits the sale of coal tar-based sealant products (AB 797) to also include the lead bill (AB 476) that requires lead testing in schools.

An extremely rushed, bad piece of legislation fell apart last week. This proposed legislation, AB 894/SB 808, would have made large changes to the current livestock siting law. These changes were being pushed by the Wisconsin Dairy Alliance, Wisconsin Manufactures and Commerce, Wisconsin Farm Bureau and others. While this bill is dead for this year, we believe this issue will come up again.

Instead of supporting good, bi-partisan PFAS legislation this session, the Assembly choose to add disappointing PFAS legislation to a good lake district bill. The bill, AB 600, was increasing the bid requirement threshold from $2,500 to $10,000 for lake districts. Unfortunately, the PFAS provisions that were added to this bill are far less protective than any of the other PFAS bills that have been proposed. The amendment also used the less protective EPA advisory level of 70ppt instead of the Department of H­­ealth and Safety recommended 20ppt for toxic PFAS chemicals. The Assembly amended and approved the companion bill to AB 600, SB 559, which now waits for Senate approval in March.

Another bill (AB 551/SB 501) that has made the news is about riparian rights (water rights). This is a complicated bill that would overturn a Wisconsin Supreme Court decision.

This bill is a solution looking for a problem. It is supposed to deal with the very rare situation where someone who owns property next to a flowage does not also own the adjacent lakebed.

River Alliance opposes this bill because it would allow a riparian owner to fill or dredge a lake bed or build structures–like a pier–even if they are not the owner of the lake bed. The subject of piers is what has drawn attention to this bill There has been a misinformation campaign about which riparian owners could lose the ability to place a pier from their property. This bill was intended for flowages only. However, the language of the bill includes all navigable waters of the state, which the Wisconsin DNR raised as a concern during the hearings. This bill has been amended to remove lake beds owned by utilities, but the navigable waters language was not amended. This bill still leaves homeowners in a bad situation.

The Assembly has passed this bill, but the full Senate has not voted on this bill yet.

We are happy to report that both the Senate and Assembly have approved legislation that will provide $150,000 to Ashland County to design, implement, and evaluate not more than three demonstration projects that test natural flood risk reduction practices. Over the last few years, Ashland County has experienced several severe storms that resulted in tremendous damage. The Wisconsin Wetlands Association has been working with the Ashland community on these projects. We look forward to their results.

Action You Can Take