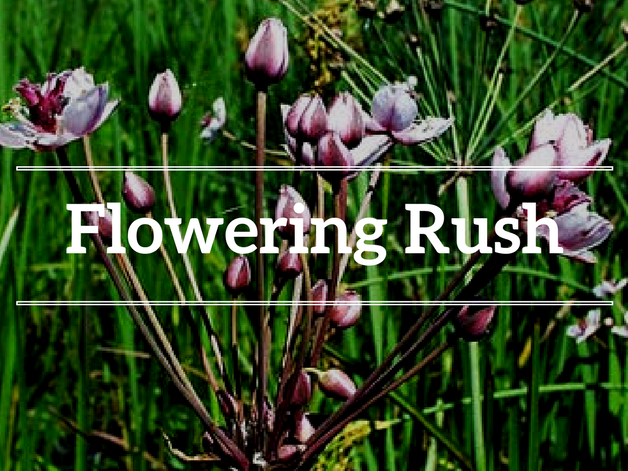 Flowering rush was intentionally brought to North America as an ornamental plant. From the intentional plantings, it has been moved to new locations unintentionally by muskrat, waterfowl, and boater movement. Viable pieces of the plant can also be transported by movement of water and ice.

Flowering rush can quickly colonize a disturbed area, which gives it an advantage over native plant species in ecosystems that have repetitive disturbances. Once it has established, flowering rush tends to form large stands that can impede boat traffic and outcompete native plants. In high densities, flowering rush has negative impacts on economically valuable wild rice and native species of willows and cattails.