A Giant Sulfide Mine on the Menominee River… 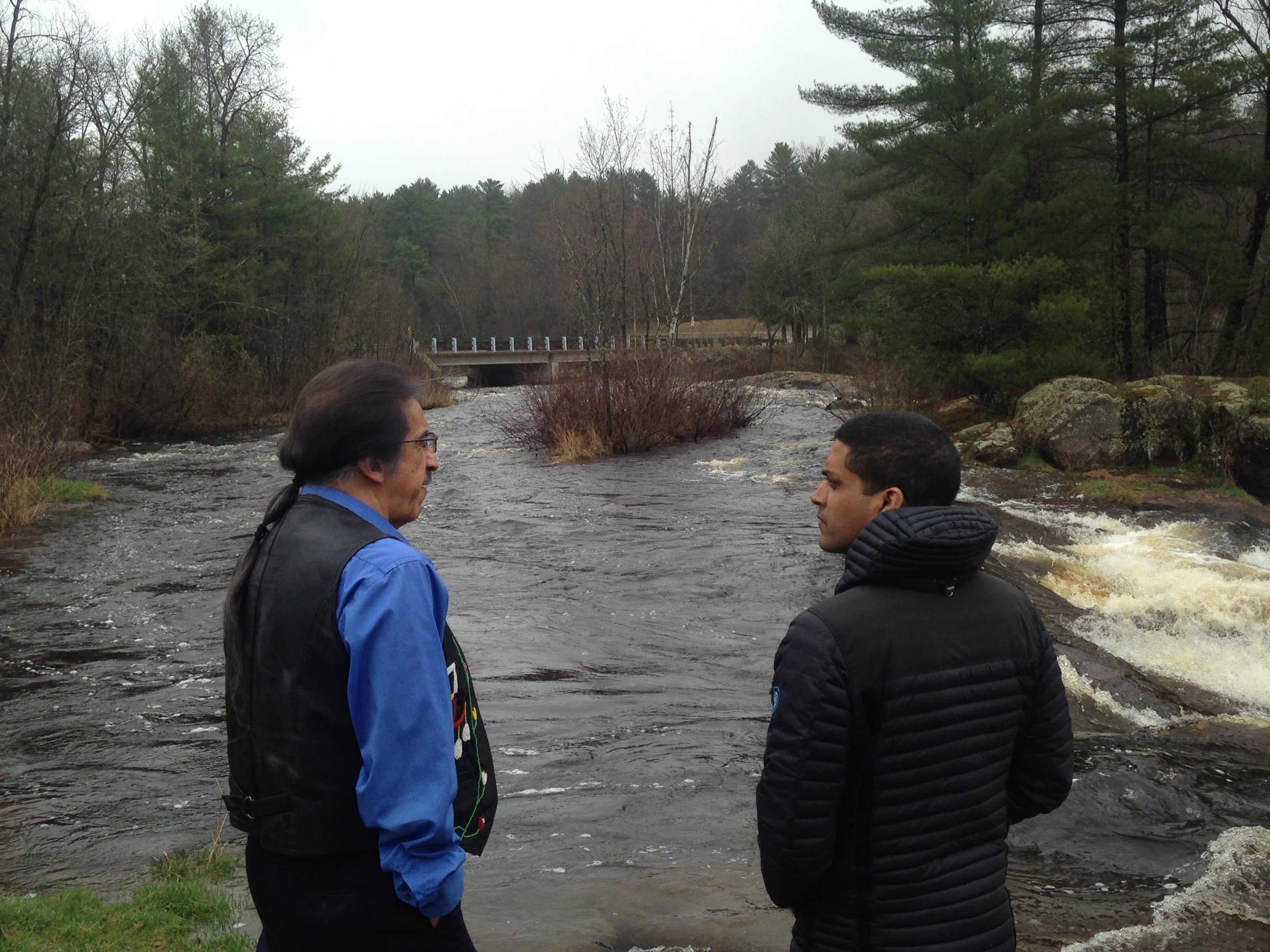 Opposition continues to grow against the Back Forty Mine, a proposed open-pit sulfide mine 150 feet from the Menominee River, the border river between Wisconsin and the Upper Peninsula of Michigan. Local and county resolutions against the mine are being debated (cities of Marinette, WI; Menominee, MI) and passed (Brown and Marinette counties) in areas downstream of the mine, as its substantial environmental risks become better understood. 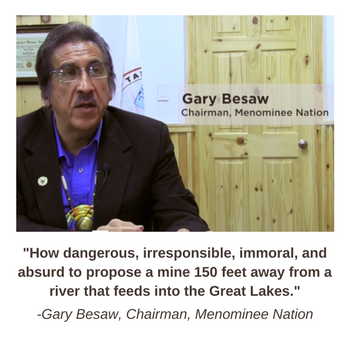 Sulfide mines are notorious polluters, as they produce sulfuric acid, among other toxins, as a byproduct. But even among sulfide mines, the Back Forty is singularly dubious, for a number of reasons. Poisons such as cyanide would be dumped into the ground to extract gold. Processing of tailings (a toxic slurry of ore wastes) would occur on-site, substantially enlarging the physical footprint of the mine, and the risk it carries. The proposed pit would be over 700 feet deep, meaning two Statues of Liberty, stacked upon one another, would still be 100 feet below the surface. The pit would have to be “dewatered,” which would draw down groundwater supply to nearby streams and wetlands. On top of all of this, the mine would desecrate sacred sites of the Menominee Tribe (including the physical place of the Tribe’s origin story), depress property values for nearby residents, and endanger drinking water both for adjacent local wells and downstream Marinette, Wisconsin’s municipal well, which draws from Green Bay, close to where the river enters the Bay. 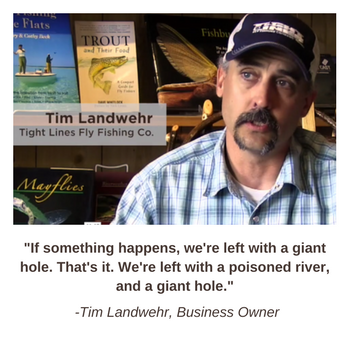 And if all of this weren’t proof positive the Back Forty is a reckless idea that needs to be stopped, the mine would be 150 FEET from the Menominee River, and its engineered infrastructure would not withstand the catastrophic flood events that Wisconsin is seeing more frequently (such as the summer 2016 northwestern Wisconsin flood flows the US Forest Service described as five times the 500-year flood event), as the effects of climate change alter our rainfall patterns. 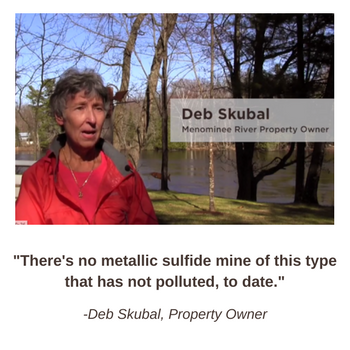 River Alliance helps Wisconsinites protect what they value, including our state’s incredible water resources; we recently filmed three Wisconsin citizens to launch an awareness and advocacy campaign in opposition to the proposed Back Forty Mine. These videos spotlight Wisconsinites who stand to be negatively impacted by the mine, including Gary Besaw, Chairman of the Menominee Nation, Deb Skubal a Menominee River property owner, and Tim Landwehr of Tight Lights Fly Fishing Co. YOU can help protect Wisconsin’s waters by learning more about the proposed Back Forty Mine and signing up for action alerts at the link below.

Watch the videos and sign up for Back 40 Action Alerts at: 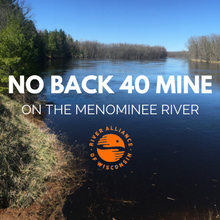