Here is holiday cheer from a happy heathen, our potato farmer friend in the Central Sands, Justin Isherwood 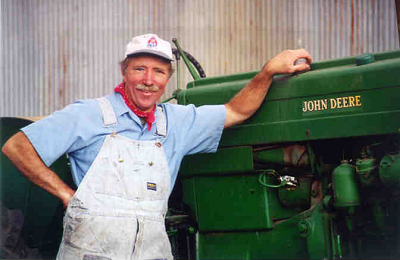 As a farmer, an earthling, a practicing pagan, an avowed heathen, a theological agnostic, a reformed cannibal, I do not know how to say this out loud and what the gay community calls proud. This on the night of December 21st, solstice, the day of the sun stare…sun stop.

What I am hinting at is about Christmas, it isn’t about frankincense and myrrh, not about angels but it is about solstice. That queer little fraction of the sky, the result of our home planet riding an orbit off-kilter. That is a technical expression I learned from my father, it applied to people as readily as machines. Off-kilter meaning I5°of tilt, the consequence being spring, summer, fall and winter, the phenomenon the more noticeable with the rise in latitude. Florida and Rio might not observe solstice but Pittsburgh and Duluth do.

It is interesting to speculate what solstice meant to our ancestors. They who never had an astronomy class, never heard of the Large Hadron Collider not to mention the Higgs Boson. Yet their world darkened on these nights of early winter without knowing why, that off-kilter. What’s it like to experience the world foreshortened, the daylight vanish, the summer fade, the brutal winter come with cold, snow, disease, starvation, death, and not know why. Not knowing it had nothing to do with angry gods, the wages of sin, of a maiden un-sacrificed.

This before Galileo, Copernicus, Kepler, Sir Isaac … a thousand years before, five thousand is most gentle with gods when you do not know of 15° off-kilter.

To this physical and emotional burden do we owe Christmas, that 20 verses of Luke is a nice thing, good for the economy but in the end it’s really about … solstice.

This is true despite I credit English majors with the divine purpose in life. By all that is right Dickens ought have written like his social critic contemporaries Frederick Engels and Karl Marx but he didn’t. Instead addressed the solstice of the human heart with cheer, generosity and thanksgiving. Thus to right the wrongs of the world, maybe the environment by the passage of a warming tale. Hey Duke, Hap Adams and Dylan Thomas, O’Henry.

Except Christmas belongs to solstice. As ancient as was the fear, equally ancient are the marker stones, the sticks aligned, the mounds, the temples, the walls, the altars, this perhaps the first astronomical instrument of humankind. Two sticks, just two, one to cast the shadow, one to the watch, each day the shadow swung farther north until that evening in December when the shadow of the stick halted. The next day the shadow turned south again, to spring somewhere in the distance.

We are the children of the solstice watch, guardians of earth, keepers of sky. As for Christmas it is, praise be Dickens, nice enough, but the real hosanna was for the rocks and cairns to sing, creation has not failed, call it god, call it physics, ’tis a good cause for wine.