Algae Blooms Could Get Worse If Legislature Weakens Phosphorus Rules 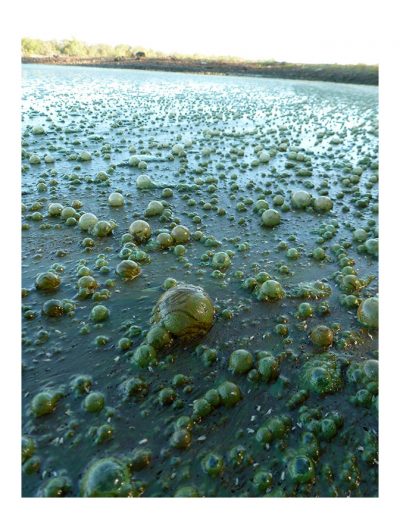 Phosphorus is the number one cause of pollution to Wisconsin lakes and rivers. While you cannot see or smell phosphorus in the water, it does its job as a fertilizer: it grows unsightly, smelly algae; some of those algae can sicken people and animals that come into contact with it. As the algae goes up, the value of a water body to its users goes down – and as we know from realtors and homeowners, property values suffer too.

The River Alliance has been very engaged and committed to reducing the pollution that causes these algae blooms for years. When we launched our Wisconsin River Initiative seven years ago, we asked people living on and using the river what their biggest concern was. It was the algae blooms that ruined their enjoyment of the water and, for small business owners there, ruined their bottom lines. We have organized those citizens to speak up about the issue and work with Ozaukee County to reduce farm pollution that gets to Lake Michigan via the Milwaukee River.

In a 2012 economic impact study, the DNR calculated a net benefit of the phosphorus rules to Wisconsin of more than $1.5 billion in avoided lake cleanup costs, increased recreation and rising property values.

Changing the rules before the game is at half time

It is these rules that are now under threat. Some cities have found the rules too onerous and expensive to implement and are calling for changes that, in our view, weaken those good rules.

Under the current rules, a city could either fix its sewage treatment plant, or they could work with other polluters — farmers, for example, or another city or an industry — to reduce phosphorus loads. Called the “adaptive management option,” several municipalities were already on this path, including the sewage districts of Green Bay, Milwaukee and Madison.

An upcoming bill lets cities and industries off the phosphorus hook. Under this proposal, any city or industry that gets a pollution permit from the Wisconsin DNR will have an unprecedented 20 years to meet the required limits. Also, a city or industry could simply write a check to the counties in their watershed, under the assumption the counties will work with farmers to reduce phosphorus pollution. But this proposed system calls for very little accounting for how the money would be spent. And no one is really on the hook for the bottom line: measurably cleaner water.

Speak out against algae blooms

Industries and cities are behind this effort to weaken the phosphorus rules.  We don’t categorically reject the reasons why they want to loosen these regulations since agriculture is far and away the biggest sources of phosphorus pollution. But this bill moves us backward.

With the following changes, we think the bill could improve the chances that Wisconsin will actually reduce phosphorus fertilizing our rivers:

We urge you to contact your legislators and ask them to oppose LRB3079 until  it contains more serious timelines and more accountability for cleaner water.