Lawmakers Ironed Out “Problems” With Old Mining Law: And took a tire iron to wetlands and streams 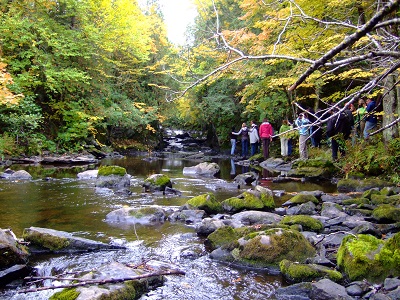 Tyler Forks tumbles off the Penokee Hills in Ashland County — site of the proposed, and defunct for now, Gogebic taconic mine. This stream would have been gravely harmed by an iron mine there.

Wisconsin’s ferrous (iron) mining law, 2013 Wisconsin Act I, governs how iron mines in Wisconsin are explored and developed, and their pollution controlled. It wraps together all permits needed to mine in Wisconsin and discusses how a mining firm should work with the Department of Natural Resources to secure those permits and develop environmental impact statements.

This new law was based on a bill requested (and written in part by) Gogebic Taconite, LLC in 2011 and signed by Governor Scott Walker in 2013. Once enacted, this new law significantly reduced environmental standards for iron mining in Wisconsin, while the standards for all other metallic mines remained the same.

River Alliance’s Amanda Perdzock spoke with George Meyer, executive director of the Wisconsin Wildlife Federation, former secretary for the Wisconsin DNR, and environmental advocate, to find out more about this law. Here are some highlights of their conversation:

Amanda Perdzock: How does the protection of water resources vary between this law and the previous law that encompassed both ferrous and non-ferrous metals?

George Meyer: That was one of the major differences [between the two laws]. The particular statutes that were weakened the most were the statutes dealing with what’s known as Chapter 30, the statutes that deal with alterations of navigable waterways. Those [changes] made it legal to in fact fill in many waterways… It weakened both the wetland and stream and lake protections that were regulating iron mines in the past. And the way it was set up, it didn’t allow for filling in of larger streams, but at the [Penokee Hills, Ashland County ] site there were many small tributaries and wetlands complexes that fed those waterways which could have been destroyed on that site. 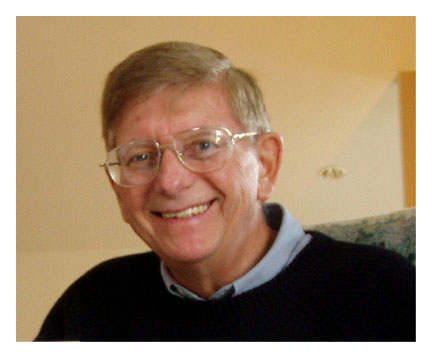 Amanda: Prior to these changes in the law, were changes necessary to make iron mining feasible?

George: It depended on the project. Some projects were permitted, and some weren’t, which is the purpose of a regulatory law. There was probably a need for some updating of that mining law, especially giving deadlines for decision making, but there never should have been a weakening of environmental standards.

Amanda: Gogebic Taconite eventually pulled their plans for a mine, even after this law was passed with them in mind. Since this law has been passed have there been any occasions where this law has been applied, or any impacts to water resources?

George: It’s interesting why Gogebic left. They claim it was because of federal regulation, but the real reason they left, and they eventually did say this, they were surprised by the amount of wetlands that were on the property once they started looking at it. Which would have made it very difficult to operate an iron mine, even under the weaker law. Now what is really amazing is that they didn’t know that, they should have done that work before they even started thinking of applying for mining that property, and before they even started working on any statutory changes. That particular ridge in the Penokee Hills is an area of Wisconsin that gets more rainfall precipitation every year than any other place in the state. It would be very difficult to operate a mine, because one of the problems of operating a mine is trying to deal with the water, which interferes with your operation and causes additional waste products.

Amanda: This law seems to have set a precedent for changing an environmental law and water regulations in the interest of a special company project.

George: Obviously if any future iron mine applications come forward, they’ll be operating under this weakened law. It also sets a precedent for weakening the nonferrous metal mining laws in the state, which could be even more damaging to Wisconsin water resources, and then of course, what you just mentioned, sets a precedent for weakening any environmental statute because any industry wants to start operations.

Amanda: In the meantime, is there anything citizens can do to help protect their water resources in light of this mining law?

George: There are elections coming up in 2016 and 2018 and citizens are going to be asked to look for various candidates for the state house, and one of the questions should be: “Are you willing to restore the water resources protection statutes for iron mining in Wisconsin?”