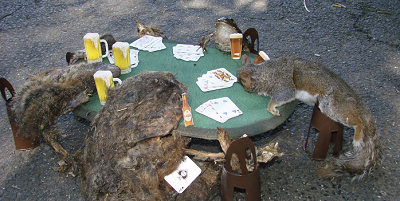 The legislature these days, at least on natural resource policy, is being run like a shady restaurant.

Anyone with a gripe about a Department of Natural Resources regulation not only gets a bill drafted to solve his or her problem, the bill is written to “fix” that problem for whenever that problem might come up, anywhere in the state, at any time in the future. Legislators can’t be seen doing special legislative favors for one constituent, so they write the law broadly to affect the whole state, well beyond taking care of one guy’s problem.

This is the case with dredging lake beds, fish farming, even obscure rules governing drainage districts. (In the latter case, one man’s problem becomes statewide license to desecrate more wetlands.) They continue to tinker with (read: dismantle) shoreland zoning policy, to the detriment of our 15,000 lakes and 50-some thousand miles of rivers and streams.

We have provided to you over the past several weeks analyses of various proposals in our “Word on the Stream” newsletters, with calls to communicate with your representatives about these proposals. Many of these bills are getting amended and refined as you read this. But the overall spirit of them is to systematically undermine and degrade the protections for water we’ve come to expect over the decades.

Our advice to you, as residents of Wisconsin who care about water and the management of land near the water, is to call your state senator or Assembly representative and tell them, “Just say no to all these bad water bills.” We find little redeeming value in the following proposals now winding their way through the shady restaurant kitchen, aka the legislature.

The legislature is expected to act on these proposals in the next couple of weeks. Some may die a deserved death; some may pass. We can’t guarantee death to a bad bill if you make your calls, but your weighing in greatly improves the prospect of some of this road kill getting tossed in the trash behind the restaurant.