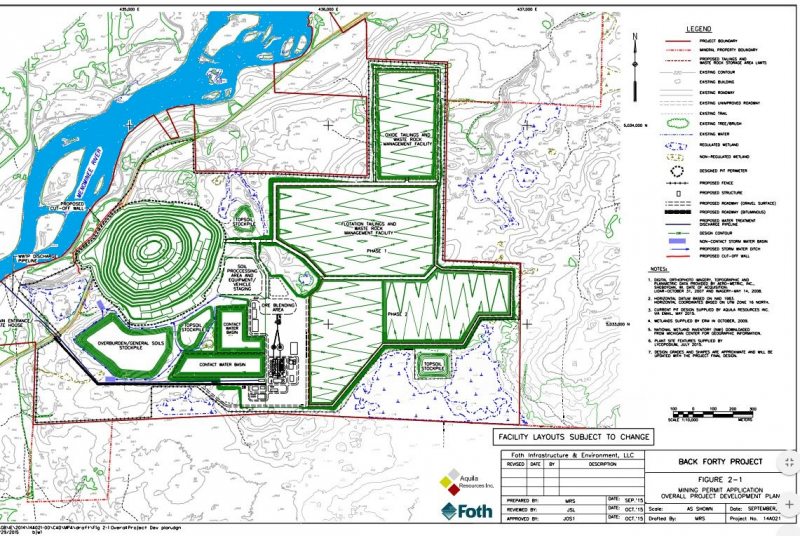 We’ve reported on the possibility of a huge metal mine (gold, nickel, copper) right on the bank of the Menominee River, in the Upper Peninsula – a river we share with Michigan that drains to everyone’s Lake Michigan.

The permit application for the mine is huge and complex, but the good souls at Save Our Wild UP have diligently plowed through thousands of pages of documents. They also commissioned an independent mining permit review firm, Center for Science in Public Participation (CSP2), to dig into the permit paperwork of Aquila Resources, the mine’s developer.

Their “Red Flag Review” of Aquila’s application finds a number of flaws, oversights and shortcomings.  Most interesting, perhaps, to Wisconsinites is how Aquila uses the now-closed Flambeau metal mine, near Ladysmith, as a successful model for its mine.  But CSP2 says there are “significant differences” between Aquila’s so-called “Back 40” mining proposal on the Menominee and the Flambeau project.

No word as yet from Michigan regulators as to the fate of Aquila’s proposal.

You can find the full CSP2 analysis here.

Indian tribes in the region are understandably deeply concerned with this mine proposal and have organized a Water Walk on April 23 and 24.