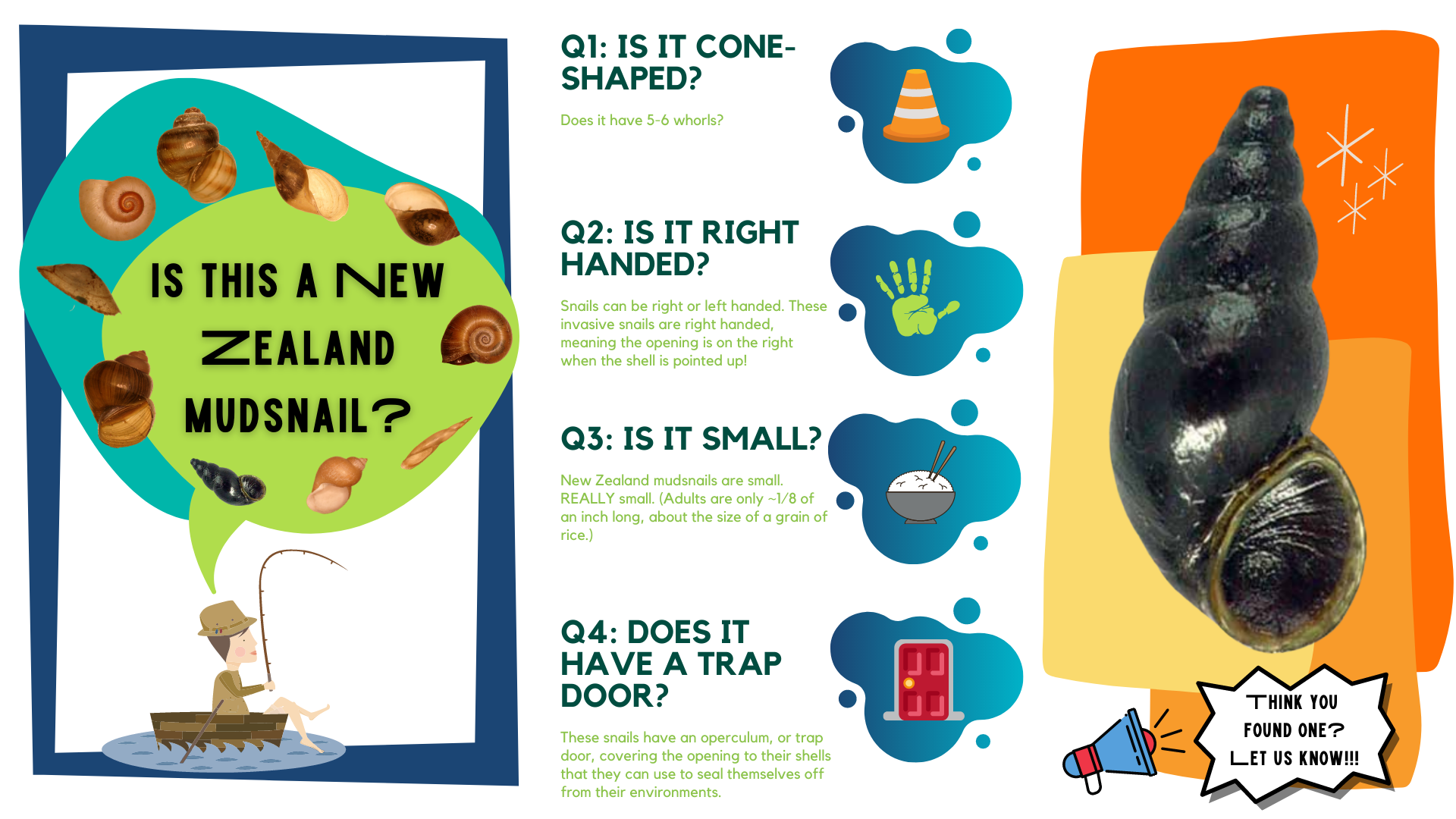 New Zealand mudsnails are very small (less than 0.25 inch) snails with 5 to 8 whorls. Their oval opening is on the right-side and its height is less than the height of the spire.  Shell colors vary from gray and dark brown to light brown. There are three known clones within the United States.  The clone from the Great Lakes exhibits a keel in the middle of each whorl.

New Zealand mudsnails occur amongst aquatic plants and prefer shallow areas in lakes or slow streams with silt and organic matter substrates, but tolerate high flow environments where it can burrow into the sediment. New Zealand mudsnails have been found in popular trout fishing destinations in the west and many tributaries to the Great Lakes. They have been documented in all of the Great Lakes, except Huron. In 2005, an established population was found in the St. Louis River estuary and the Duluth-Superior Harbor. In October 2013, New Zealand mudsnails were found in macroinvertebrate samples collected in December 2011 from Black Earth Creek, Dane County, Wisconsin.

New Zealand mudsnails were likely introduced to the Great Lakes via ballast water discharge. In the western United States where they were likely introduced through fish stocking, they have spread via angling equipment and birds. They have been observed to pass through the gut of fish unscathed, indicating that fish themselves are capable of dispersing them. In the Great Lakes, this might be a viable means of them becoming established in tributaries as fish, such as salmon, move into interior waters. Inland sites close to population centers and blue ribbon fisheries have been vulnerable due to their heavy use by anglers.  Once established in a river or stream, it has been estimated that the snails can move upstream on their own over 0.5 mile per year.

Densities have reached over 500,000 individuals per square meter. A species as prolific as this has the potential to clog pipes at facilities drawing from infested waters. It also may compete for food and space occupied by native snails. It is suspected that they can alter primary production of streams impacting fisheries and native invertebrates.