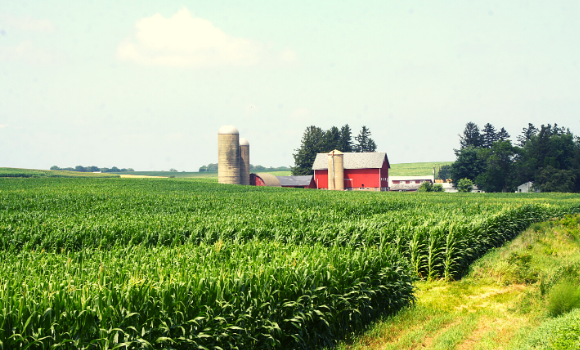 River Alliance of Wisconsin supports the adoption of the NR 151 Draft Rule. The protections in the rule present the only serious regulatory effort to confront Wisconsin’s worsening nitrate contamination problem in groundwater.

Despite the proximity to two Great Lakes, most Wisconsinites rely on groundwater for their drinking water, much of which is heavily contaminated with nitrates. According to the 2020 Wisconsin Groundwater Coordinating Council Report to the Legislature, more than 42,000 private wells in the state exceed safe levels of nitrates. This means that tens of thousands of people in the state do not have reliable access to safe drinking water in their homes. The consequences of this pollution are worst for children and pregnant women, since high levels of nitrate block blood’s ability to carry oxygen effectively. Chronic nitrate consumption is linked to thyroid disease and cancer.

About 90 percent of nitrate pollution is related to agricultural practices, in particular applying chemical fertilizer and manure to fields which runs off into streams or accumulates in groundwater. But we know that there are well-established farming practices which can better protect the soil and water and are compatible with economically productive agriculture. This includes planting perennial cover crops, minimally disturbing the soil, and reducing application of fertilizer at times of the year when runoff is most likely. Many farmers in the state are doing these things and many others are willing and able to adopt these practices with the right sorts of support and guidance.

Over the last year, the Wisconsin Department of Natural Resources has been working with a Technical Advisory Committee composed of scientists, representatives of nonprofits, and farmers to discuss how to revise the state’s rules governing farmers’ use of nitrogen (NR 151). The goal is to make a targeted rule that is both achievable by farmers and moves the state toward a future in which its groundwater is safe for humans and the ecosystems on which we rely. Michael Tiboris represented River Alliance on the Committee, and believes that this rule is a good faith effort to take a serious step toward controlling nitrate contamination in Wisconsin’s groundwater.

The Draft NR 151 Rule is now available on the WDNR website along with an economic impact analysis showing that the rule will not be unduly expensive to implement. If the rule goes into effect it will substantially increase the amount of farmland in Wisconsin that is covered by existing regulations. It will also encourage adoption of soil and water protection field practices by requiring farmers to adopt them if they intend to apply excess nitrogen to the soil. The targets in the rule are designed to bring the amount of nitrate in groundwater to safe drinking water levels over time.

This rule is a step in the right direction, and it would make Wisconsin a regional leader in transforming the role agriculture plays in protecting clean water and Wisconsin’s ecology and recreation. Wisconsin farmers could become a part of the solution to this problem.

Here are additional advantages to adopting the revised NR 151 Rule in Wisconsin:

Protects public health.
As mentioned earlier, hundreds of thousands of Wisconsin families cannot safely drink the water in their homes because their groundwater is dangerously contaminated with nitrates. Chronic nitrate consumption is a serious threat to the health of children and pregnant women, and studies have linked it to thyroid disease and cancer. The Draft Rule is a serious step toward bringing groundwater quality closer to federal drinking water quality standards. Failure to adopt it will place all the costs and harms of steadily worsening water directly on the families and school children, whose health is threatened by contaminated drinking water. This is not just a problem for urban residents. The people affected by nitrate pollution are concentrated in rural areas because they rely on wells.

Likely saves the state, farmers, and municipalities money over time.
The costs of managing nitrate pollution are steadily rising for everyone. The public health costs related to chronic nitrate consumption are high and affect vulnerable populations and rural residents. Municipalities bear high financial costs to remove nitrate from drinking water and deal with harmful agal blooms. Farmers face rising costs of production, some of which could be abated by the adoption of the nutrient management systems that reduce nitrate in groundwater. There is also growing evidence that cover crops paired with no-till farming lower the cost of production and can make farming more profitable.

Provides a cost-effective investment in the future of Wisconsin’s farming industry.
The future of Wisconsin agriculture depends on clean water and healthy soil. We are still at a point where practice changes, supported by cost share and public investment, can begin to reverse nitrate pollution. However, waiting to repair foreseeable damage later will be substantially more expensive—for farms as well as the public—than confronting the problem now.

Wisconsin’s natural resources are central to its culture, economy, and public wellbeing. 2019’s “Year of Clean Drinking Water” revealed the critical threat that clean water is under in Wisconsin. Failure to support this rule now would show that we are not serious about protecting public health or supporting the ability of the agriculture industry to adapt and thrive.

Adopting the NR 151 Draft Rule would make the state a regional leader in transforming the role that agriculture plays in protecting clean water and Wisconsin’s ecology and recreation. Agriculture could become a part of the solution to this problem.

The economic impact analysis demonstrates that failure to adopt it will place all the costs and harms of steadily worsening water directly on the families and school children, whose health is threatened by contaminated drinking water. Wisconsin’s natural resources are central to its culture, economy, and public wellbeing. 2019’s “Year of Clean Drinking Water” revealed the critical threat that clean water is under in Wisconsin. Failure to support this rule now would show that Wisconsin is not serious about protecting public health, or supporting the ability of the agriculture industry to adapt and thrive.

River Alliance is among the many groups who are ready to support the agricultural community’s implementation of the groundwater protection activities encouraged by the Draft Rule. We want to see agriculture—central to Wisconsin’s heritage and economic productivity—transformed into an engine for conservation. The economic impact analysis makes it clear that the costs of failing to advance the rule are simply too high.

The public can view the text of the draft rule here. And can submit comments on the economic impact analysis of the rule until April 10, 2021 by emailing them to [email protected] or mailing them to Mike Gilbertson – WT/3, Wisconsin Dept. of Natural Resources, P.O. Box 7921, Madison, WI 53707.

If you have questions about NR 151, you can contact Michael Tiboris,[email protected].

← Can You Find Wisconsin’s Most (un)Wanted? The Wisconsin Water Agenda: A Living Document →