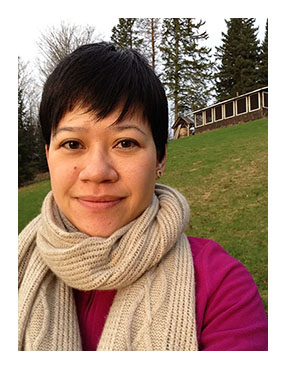 I spend a lot of time at my desk, so when I get a chance to tag along with my coworkers for a field trip, it’s a real treat. Last week, I followed two of my coworkers, Allison Werner and Helen Sarakinos, up north to Iron County for a mining summit that Allison was facilitating. The summit was part of a citizen effort to protect the land and water surrounding the proposed Penokee Hills iron mine.

The summit was held at Olympia Sport Village where a group of cabins sits on Lake O’Brien, four miles from the proposed site for the Penokee Hills mine. The cabins once housed athletes training for winter Olympics, and as a nod to that history, vintage Olympic posters and other memorabilia cover the cabin walls. 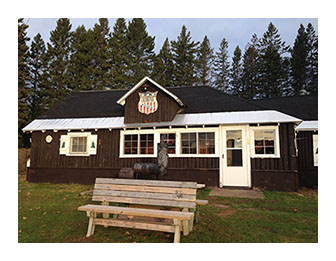 Today, the cabins are owned by Bobbi Rongstad and her husband Tom Podlensy with several other families. Their children learned how to swim in the lake, and now they play with their grandchildren on its shores. Over breakfast Friday morning we chatted while I drank my cup of coffee and Bobbi fired up the griddle for breakfast. She told me stories about weekends at the cabins when the kids were young and the parents would stay up late drinking beer around the bonfire and then would have to get up at the crack of dawn with their wee early risers.

Since learning about the proposed mine, Bobbi and Tom have taken a stand to protect the lake they love. It hasn’t been easy as this is one of those issues that pits neighbor against neighbor. But they know that blowing a 1,000-foot hole four miles from their lake would change their watershed forever. 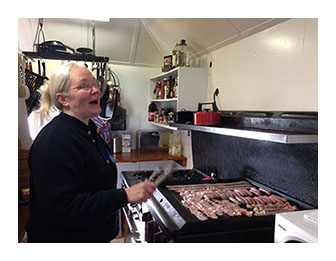 And it’s not just about one lake in northern Wisconsin. Bobbi shares, “It started with my concern for this place and it’s grown to be a lot more than that.” If Wisconsin will let an out-of-state mining company destroy what she loves, then someone else’s beloved lakes and rivers across our state could be next. 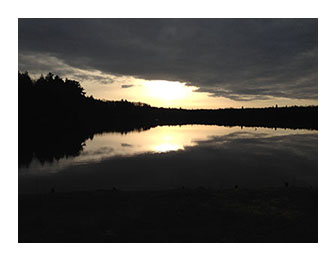 Which is why Bobbi and her husband hosted the mining summit for the Bad River Watershed Association, and why River Alliance facilitated this gathering. In addition to volunteers from the Bad River Watershed Association, the summit included local citizens and groups like the Bad River and Red Cliff Tribes, and statewide groups like Wisconsin Wildlife Federation, Sierra Club, Midwest Environmental Advocates, and Wisconsin Wetlands Association. We met with Rebecaa Graser from the Army Corps of Engineers and Ann Coakley from the Wisconsin DNR to learn how they are going to evaluate the environmental impact of the proposed mine when GTAC applies for permits.

As the proposed mining project moves forward, we plan on continuing to help citizens stand up for clean water and a way of life that depends on protecting our natural resources in the north woods.