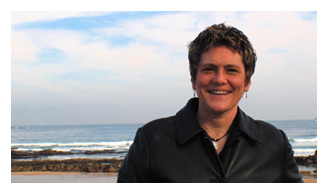 Always curious and always exploring, Susan Connor grew up in the small town of Laona, nestled among the lakes of the Nicolet National Forest. She traveled south to Madison and Milwaukee while pursuing degrees and a career, but eventually landed, happily, on the shores of Lake Michigan in Algoma in pursuit of a dream. Little did she know that a few years later that dream would be threatened by polluted water – water so polluted by farm runoff that she won’t even let her dog swim in her beloved Lake Michigan.

It was Connor’s time in Milwaukee that really solidified her love for the great lake. She had received her degree in accounting from UW-Madison and spent several years as a CPA before changing course and heading to Milwaukee to study Library & Information Science. Soon Connor began considering another shift and decided to look for her dream home and her next adventure, which brought her to Algoma. With an idea already in mind for a combined garden and gallery space, she met her future business partner and, after many months of research and hard work, they opened The Flying Pig. 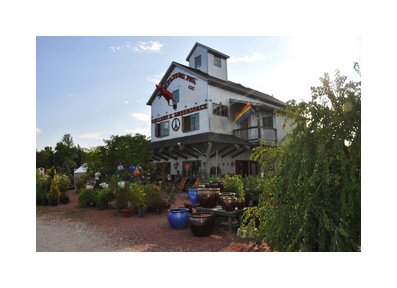 The Flying Pig Gallery & Greenspace, which just celebrated its 11th anniversary, aims to provide an amusing, inspiring and educational peek at art and gardens. It’s also a business that relies heavily on tourist traffic. Being doubly invested in the area because both her home and business are on the lake, Connor has been devastated to see the decline in water quality in Lake Michigan – not to mention significant groundwater contamination issues – due to the significant increase in industrial agriculture and manure runoff.

Knowing she had to use her voice to fight for her lake, her home and her business, Connor has been a catalyst for bringing together concerned community members. Although the group started more informally, meeting for coffee at the Flying Pig on Friday mornings, they have gained support and momentum and have formed Restore Kewaunee, which describes itself as a community voice responding to the presence of industrial agriculture in Kewaunee County.

“People like to blame Milwaukee for our water problems up here, but the lake doesn’t flow that way. People also like to blame the geese and seagulls,” Connor says. “In working to address the problem, you have to look at what has changed that might be causing it. The geese and seagulls have been here forever, but all this industrial agriculture hasn’t. It’s like Kewaunee County has been sleeping, and we’re trying to wake them up.”