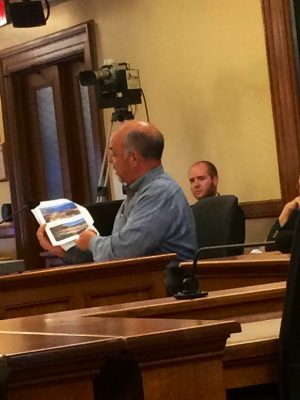 I’m so proud of the water advocates who have in the last week laid out so eloquently their passion for water, and their frustration with the inaction by the legislature to fix what is becoming a state sacrifice area — the surface waters of the Central Sands region.

Pumping of groundwater for irrigation is drying up over a score of lakes and streams, to the point where lake properties get re-assessed downwards and volunteer citizen groups are spending hundreds of thousands of dollars on lawyer fees to get redress.

But rather than getting the redress they expected from the Wisconsin legislature, they suffer insults.  Two bills had hearings in the past week.  Not only do both bills fail to help put water back in these depleted lakes and streams, they would worsen the problem and hand Big Ag even more unfettered access to public water for their commercial use.

These have been the laments of the citizen-members of 16 associations the River Alliance has forged into the Central Sands Water Action Coalition.  We formed the coalition five years ago for the express purpose of advancing legislation to defend the waters of the Central Sands.  Sadly, we have had to play defense in the legislature, beating bask one bad bill after another.

So into the political battlefield they went this past week, into a Capitol building that can be intimidating even if you’re a tourist, a building that is distinctly unfriendly to conservation these days.  But one after the other, the people who testified — our Coalition organizations and brothers-and-sisters-in-the-cause Protect Wood County (they are battling a proposed huge dairy farm in Juneau County) — showed grit, patience, passion, wry humor, and a firm grasp of the science and the politics of groundwater in Wisconsin.

To their credit, the chairs of the two committees conducting hearings on these bills, Sens. Moulton and Cowles, ran relatively relaxed hearings that didn’t badger testifiers or force them to hurry.  Particularly moving testimony was offered by Janice Koch, of the Pine Lake Association, and Monica Trudell, of the Huron Lake Association, who passionately invoked the love of family and their families’ love for water in their testimonies. Raw emotion can be a welcome respite in hearings where big words and big numbers get tossed out with numbing regularity.

These citizens and their groups are up against tough, even ugly, odds — the political sway of Big Ag and the blunt force of Wisconsin conservation’s Creature from the Black Lagoon, Wisconsin Manufacturers and Commerce.  Both entities usually get their way around the Capitol, but something — barely perceptible yet you could feel it in both hearing rooms — seemed to swing our way.  These citizen water advocates clearly got the attention of senators who heard them out.  Whether that leads to not just stopping these two bad bills, but actually leads to good legislation that would save the waters of the Central Sands, will play out in the weeks and months to come.

I can only hope the citizen advocates can hang in there. Their short-term victories will have to sustain them for many more years.

(See the River Alliance testimony on one of the bills, sponsored by Sen. Rob Cowles, here.)