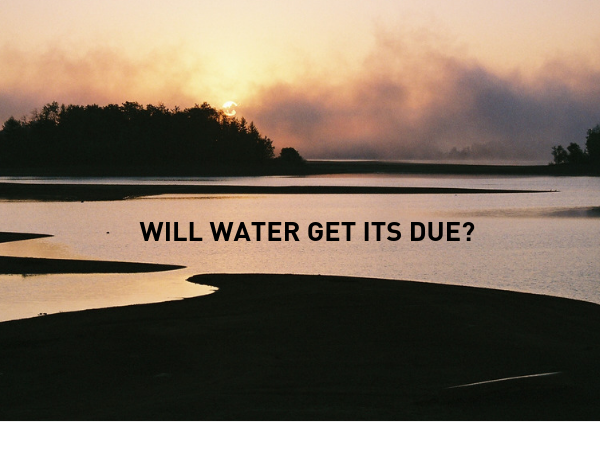 Water continues to be a hot topic in 2019. Governor Evers has declared 2019 to be the “Year of Clean Drinking Water.” Representative Vos has formed a bi-partisan Water Quality Task Force. It’s no secret that our rivers, lakes and drinking water are in need of long-term solutions to address major pollution and water quantity problems, but recent events have brought extra attention to these problems. Here’s an update!

The recent results of well testing in southwest Wisconsin have caused a stir. The Wisconsin State Journal reported, “Some 42 percent of 301 randomly selected wells tested in Iowa, Grant and Lafayette counties exceed federal health standards for bacteria that can come from animal or human waste, or for a toxic fertilizer residue.”
After these results were made public, Representatives Novak and Tranel asked Speaker Vos to form a water quality task force. The mission of the Water Quality Task Force is “to protect a healthy and stable supply of water for residents and industry.”
The task force will hold public hearings across the state to learn more about the issue. Please stay tuned, River Alliance will send out information about the hearing details when they are announced (on our blog, e-newsletter and Facebook page).

Many local and statewide organizations, including River Alliance, advocated for changes in the DNR’s nonpoint runoff rules (NR 151). New rules on manure spreading in 15 northeast counties went into effect on July 1, 2018.
The rule changes focus on the karst areas, where the bedrock is very porous and there is relatively little topsoil over the bedrock. The karst areas in the southwest part of the state were not included in these rule changes.
Grant, Lafayette and Iowa Counties have funded the Southwest Wisconsin Groundwater and Geology study (the “SWIGG study”) and Governor Evers has put $75,000 toward the SWIIG study in his budget proposal. The study is being conducted by UW Extension, Wisconsin Geological and Natural History Survey, the US Geological Survey and the US Department of Agriculture. This proposed funding is welcome news to the counties involved.

Governor Evers’ full budget proposal is expected on February 28th. In addition to the funding for the SWIGG study, he has already announced that his budget will include:
This funding is a good start. We will review Governor Evers’ full budget and work to keep funding to address long-term water quality and quantity problems in the final version of the budget.
It is important to note that the legislature can choose to create their own budget instead of using the Governor’s budget as a starting point. The Speaker’s Water Quality Task Force may be a signal that the legislature understands the urgent need to improve water quality in the state. However, it will take pressure from all of us to make sure the proposed solutions fully address the sources of the problems. The complex water issues will not be solved with short-term fixes.
Stay in the Loop
2019 will be an important year for Wisconsin’s waters. River Alliance is poised to take action and to activate members in times of need. Sign up for action alerts to stay informed about the budget and other legislative action that impacts Wisconsin’s rivers, lakes and watersheds.
← Internship Opportunity | La Crosse, WI Love Letters to Water →