Victory in the Central Sands

Judge rules that DNR cannot stick their heads in the sand when it comes to overpumping in the Central Sands.

Central Sand residents chalked up a victory last week when a state administrative law judge ruled that the Department of Natural Resources (DNR) must consider the accumulated effects of groundwater use in issuing a well permit. The state’s largest dairy producer sought the wells for a new industrial dairy it is proposing in eastern Adams County.  (For the full ruling, click here). 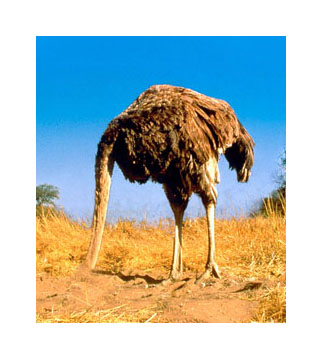 Citizen groups, including the Pleasant Lake Management District (PLMD) and Friends of the Central Sands challenged the permit, fearing further loss of their lakes and rivers in central Wisconsin as high-capacity wells multiply across the landscape and compete with nearby lakes and streams for shallow groundwater. The River Alliance contributed funds to PLMD’s legal fund and assisted in recruiting expert witnesses for the trial.

The judge ruled in favor of the citizen groups, and the water, stating that the DNR “took an unreasonably limited view of its authority,” and that “it is scientifically unsupported, and impossible as a practical matter, to manage water resources if cumulative impacts are not considered.”

While the judge upheld Milk Source’s permit for groundwater pumping, he reduced the allowable amount of water the dairy may pump annually from 72 million to 53 million gallons. In a companion case, the administrative law judge determined the DNR should have established a cap on the number of animals that may be confined at the CAFO.

This decision throws into sharp relief the chaos surrounding groundwater management in the state. The controversial budget provision that became law this past July stopped short of preventing the DNR from looking at cumulative impacts, but it stated that no citizen can challenge a high capacity well permit based on DNR’s failure to look at cumulative impacts.

Are you confused yet? You should be, because after this ruling the message looks something like this: DNR is required to consider accumulated impacts of existing groundwater pumping when deciding whether to permit further pumping. But citizens cannot challenge the DNR if they don’t do what they are required to do. Clear as…sand?

How will this end? The DNR may choose to appeal the decision. Others may choose to seek redress with lawmakers – much like this attempt last session to undermine a unanimous Wisconsin Supreme Court decision about the need to consider impacts of groundwater pumping on surface water.

We’ll be watching closely what develops on groundwater policy in the Legislature, and promoting our own groundwater management ideas, in the coming months.