What Would the Water Say? 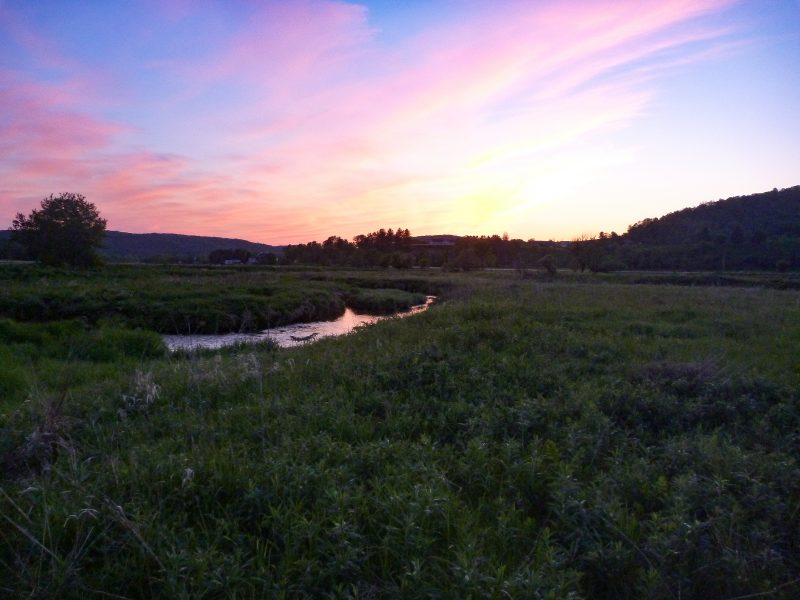 What story would our waters tell us? What threats have they faced? What triumphs have they seen? And, even more interesting, who showed up to fight to preserve their beauty, their wildness, their health and their life-sustaining abilities?

In the Beginning: An Intention is Set

Twenty-five years ago people who loved Wisconsin’s rivers wanted a way to keep them wild and healthy. A professor and a graduate student secured a grant to do the work that would build the groundwork for a statewide river organization, which would become River Alliance of Wisconsin.

River Alliance began with the clear intention to form lasting partnerships, to work across the aisle, to rely on science and to empower people at a local level to do the important work of protecting Wisconsin’s waters. A conscious decision was made by River Alliance founders to work to unite people around the topic of water—to not be “radical naysayers”—and River Alliance has kept up this tradition for over 25 years.

River Alliance held a national workshop about dam removal with Trout Unlimited and Interfluve. The workshop was based on the citizen’s guide River Alliance created, of which over 5,000 copies were produced and it was distributed in 12 different countries. You can still get a copy today.

The Baraboo Dam removal (3 dams in the city), which started in 1997 and was completed in Oct 2001, was one of River Alliance’s biggest dam removal successes. 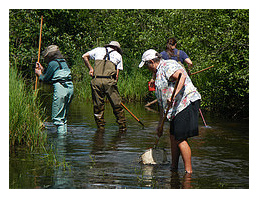 Always working to build partnerships and empower local leaders, River Alliance began its Local Groups program about seven years into its existence as an organization. River Alliance has helped build new groups and provided training and support to help existing groups grow and accomplish their goals. (We feel like proud parents every time we see groups taking action to protect their waters across the state.)

With over 80 local watershed groups in the state, you’re likely to find a group in your area.

Beyond Dams: A Torrent of Programs & Partnerships

As River Alliance’s work on dam removal receded, many new programs and partnerships took shape. River Alliance began to bring work on urban rivers into our wheelhouse, with a focus on revitalizing the Root River in Racine. We assisted the Racine community in a long-term planning process that resulted in a plan to increase economic development while also improving public access and water quality. We began the Wisconsin River Initiative to build a network of groups that are working to improve water quality for the state’s mother river. The Wisconsin River now has many strong groups that championed DNR’s planning efforts to address phosphorous pollution.

River Alliance helped establish  the Totogatic and the Brunsweiler rivers as Wild Rivers. We also launched a Northern Rivers Initiative, where 1,200 miles of rivers were declared exceptional resource waters. 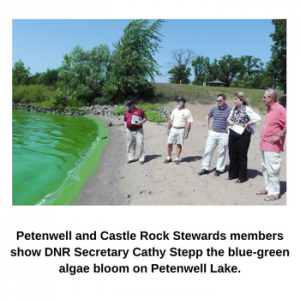 An innovative program, “Pontoons and Politics,” implemented with the Petenwell and Castle Rock Stewards (PACRS) Group brought elected officials out on the water to see algae blooms caused by phosphorus runoff. This successful approach led to the funding for the Wisconsin River TMDL (total maximum daily load), which sets goals to reduce phosphorus inputs into the river, reservoirs and tributaries. 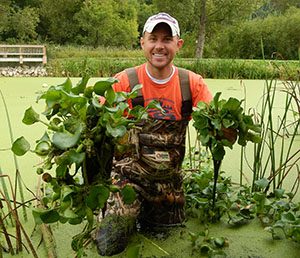 During this phase, River Alliance also began to work heavily on education, management and prevention of the spread of aquatic invasive species that threaten waterways across the state. To this day our statewide work on invasive species, in partnership with local groups, draws hundreds of volunteers annually to hands-on events like Snapshot Day and Project RED.

In 2014, River Alliance created the Clear Water Business Consortium to spread the message that good water is good for business, and to engage business owners in effective advocacy around water issues in the state. This program was a response to some elected officials advocating for reduced environmental regulations for the sake of business growth. River Alliance and its Clear Water Business Consortium members asserted that environmental protections and business growth need not be at odds, but instead could demonstrate the benefits of clean water to many types of businesses across the state of Wisconsin.

In 2016, the River Alliance staff and Board of Directors met to expand the mission of River Alliance to include all waters, not just rivers. This was a reflection of how our work had already expanded beyond rivers to other types of waterways and issues. Our many years of work with local groups to address the loss of water to rivers and lakes in the Central Sands, due to pumping of groundwater is just one example. River Alliance also updated the organization’s vision and core principles, recommitting to our long held value of uniting people around a passion for protecting and restoring water vs. acting as radical naysayers.

In 2017, River Alliance launched the Clear Water Farms program in partnership with the Alliance for Water Stewardship. The goal of this program is to offer a competitive, marketable advantage to agricultural producers and processors who identify and mitigate their water-related risks via the stewardship certification process.

Also in 2017, River Alliance and our partners completed a $12 million Fish Passage Project on the Menominee River. This project successfully restored over 20 miles of spawning habitat for lake sturgeon, allowing them to pass around two dams via a “fish elevator” and “water slide.”

Now’s the Time: To Celebrate, To Look Ahead 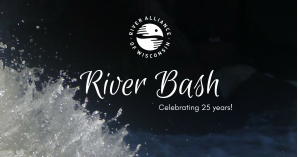 So, what would Wisconsin’s waters say about River Alliance of Wisconsin? Our deep hope is they’d express gratitude to the passionate people who have kept River Alliance moving forward with grace and quiet power, finding new paths around obstacles, thriving and resilient as circumstances change, much like a river itself.

We think the waters would say, “take time to celebrate the people of River Alliance—members, partners, friends, staff and board. Be together and take pride in your collective work for a quarter of a century… Then, together, look ahead and make your plans for the next 25 years.”

In the years ahead, our waters will need us more than ever to be a loud, unified, effective and united VOICE for their health and longevity for the generations to come. We invite you to join us to celebrate 25 years at River Bash in Madison, WI on September 27th!